Right after I got off the bus, the first time I came to Manipal, I encountered the monsoon in its fullest glory. Thoroughly ill-equipped for such a deluge, I scuttered for cover, took shelter under the portico of a shop at tiger circle, and waited for it to stop raining. With the innocent ignorance characteristic of every fresher, I thought it was foolish to invest in an umbrella. It took me a couple of days to change my mind.

Manipal had taught me my first lesson. One can never beat the rains. There is no getting around it. Unless you want to perpetually appear as if you have just come off a swim fully clothed, you have to get yourself a sturdy umbrella.

So I went to Tiger circle and scoured the shops for an umbrella. And then a beautiful specimen caught my eye. It was love at first sight. Its polished wooden handle, crooked but sturdy, long pointed tip and the majestically black canopy neatly rolled up into a three-and-a-half-foot frame seemed to hold me in an inexplicable bind.

Alas, the love affair didn’t last long. To be exact, it lasted exactly for one glorious afternoon. As I entered the library in the evening, I made the mistake of leaving my darling behind on the umbrella stand outside. I didn’t find it when I returned.

What a shock! My faith in the human conscience was shaken! How could people have such little regard for anyone’s private property?

If everyone descended to such pathetic levels of thievery, our world would be reduced to lawless anarchy. With great difficulty and a heavy heart, I returned to Tiger circle to buy myself another umbrella. Unable to risk another affair, I settled on a more modest specimen. An umbrella with none of the splendor of the previous specimen but sturdy and practical nonetheless. Surely no one would want to steal such an ordinary umbrella. 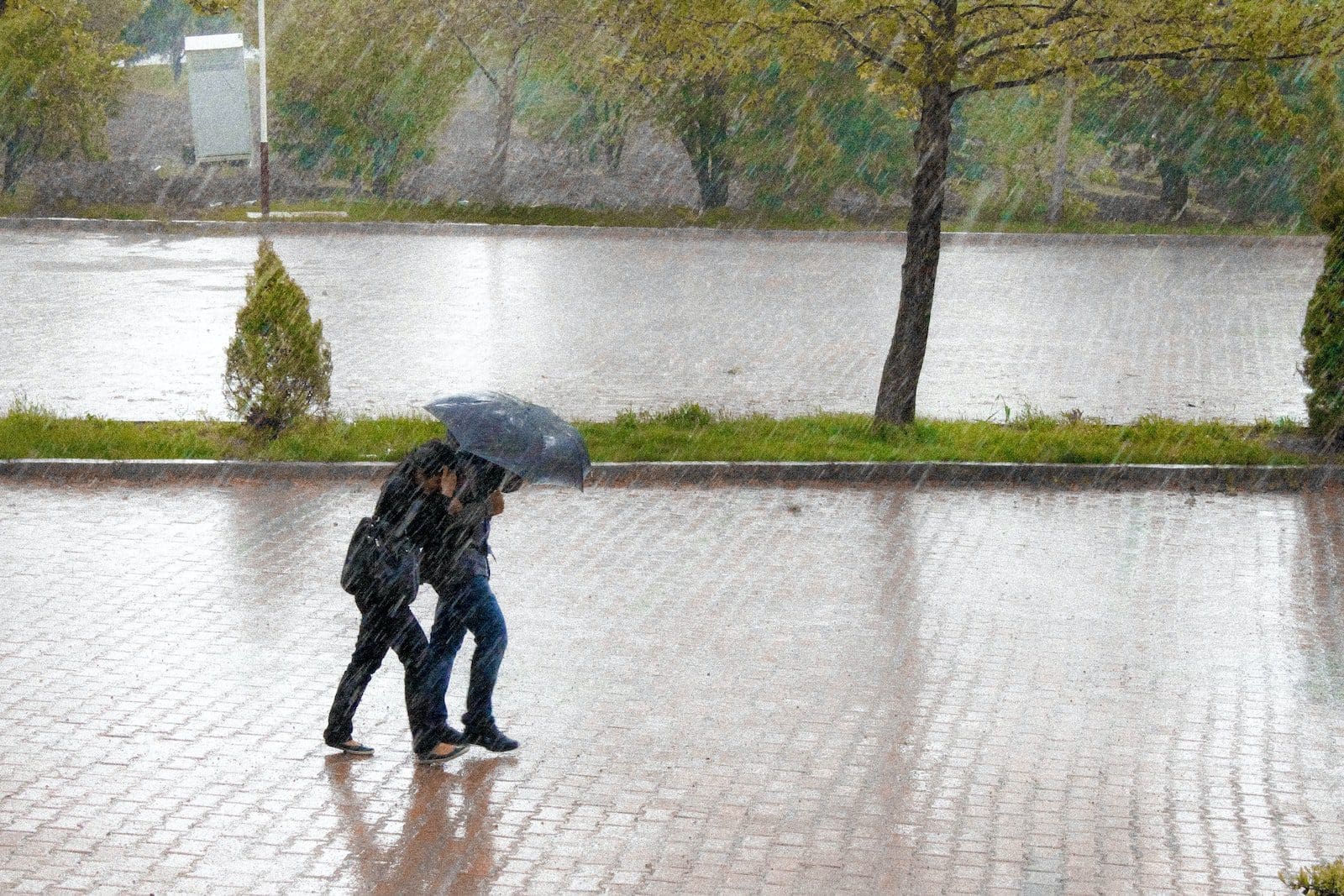 How wrong I was! I had barely left my umbrella alone in the food court for a couple of minutes before it was stolen. Now, this had to be the limit. It was pouring outside, and I would have to go back to the hostel drenched, despite buying two umbrellas! They say the best time to test a man’s morals is in a time of need. Well, to put it mildly, I failed the test.  Spotting an unattended umbrella, I picked it up, my hands trembling with guilt and fear. The big bad world of Manipal had made me a thief after all.

I looked around as I walked back to the hostel with my stolen umbrella. It was raining as usual, and I could see an ocean of umbrellas. My mind, eager to rationalize the crime I had committed, hit upon something that I had perhaps missed before. If umbrellas were stolen regularly and everybody had an umbrella, what if everyone stole an umbrella? What if umbrella ownership involved an endless cycle of stealing and being stolen from?

The Seeds of the Umbrella Exchange

Or, one could always buy a raincoat.

This is a guest post by Sai Krishna. He is pursuing MBBS at Kasturba Medical College (KMC), Manipal. Sai Krishna is a self-confessed Politics and Current Affairs junkie and wannabe writer.

Want to know how to make the most of your travelling experience in Manipal? Read on for tips to travel like a pro during your tenure as a student in Manipal! […]

Each person has a story of their own, so before judging them we should know why they are like they are today. Presenting you with the story of “Surabhi” today, who realized few things in life after joining a college, […]

Hydronomics is an event which primarily focuses on the physics law and principles associated with water. The event is holding its round 1 today, where a participants (team or solo) are to solve a quiz and make a hydraulic model […]