Gujarat has always been on every traveler’s bucket list. It is a beautiful fusion of rich culture, unique traditions and a well preserved heritage. Gujarat travel agency remains takes you through the  entire state which is dotted with an array of attractions which range from ancient majestic temple structures to white sandy beaches. The scenic beauty and the undisturbed wildlife culture is what make Gujarat distinct and unique in its own way. Along with being one of the largest states in India, Gujarat is a destination which promises its visitors a serendipitous experience.

Here are some of the must visit, unique attractions in the land of promises, Gujarat: 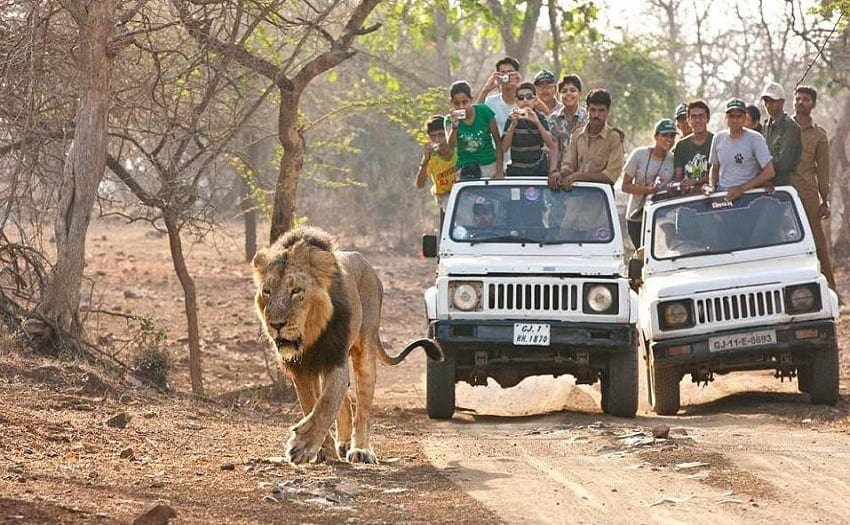 Established in the years 1965 and covering an enormous area of 1,412 km2 the protected area of Gir is a safe abode for some of the rarest animal species. One of the prime motives of this national forest is the conservation of Asiatic lions. Apart from that a safari to this place will open up a whole world of animals for you to witness. From being a haven for leopards, jungle cats and jackals to nilgai, Indian star tortoise, marsh crocodiles, porcupine and monitor lizards, Gir is a thrilling experience for every adventure enthusiast. Several efforts on a daily basis are being made for the active conversation of these unique flora and fauna species. The water source present in the area is one of the biggest reservoirs here, called Kamleshwar Dam, which is popularly dubbed as the “lifeline of Gir”. It should be kept in mind that the entire forest is a no hunting zone making life of the animals here safe and secure. Adding color to the otherwise dusty landscape are some silk cotton trees which bear orange flowers.

Best time to visit – March to May 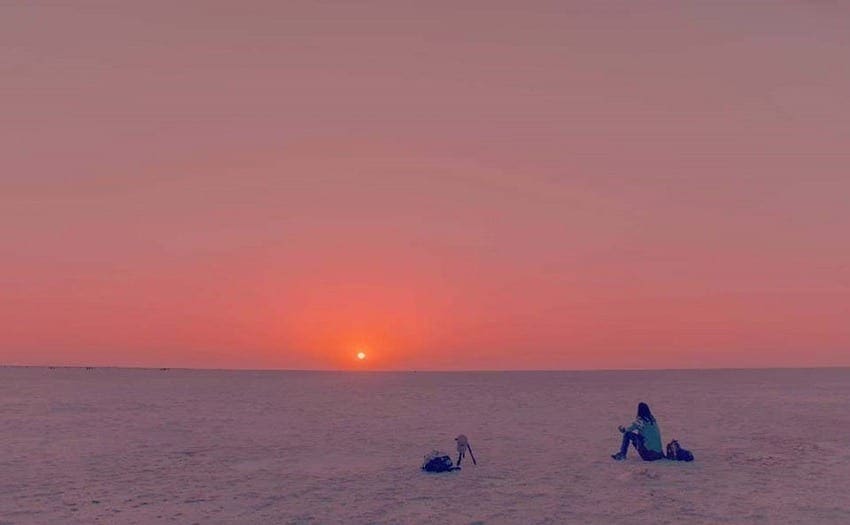 This salt marsh present in the Thar Desert is one of the main centre of attractions in Gujarat. Panning over an area of 7,505 km2, Rann of Kutch is known to be one of the largest salt deserts in the world. The whole area spreads between the Gulf of Kutch to the mouth of Indus River in Southern Pakistan. During the monsoon season this desert fills up with standing water till 15 metres above sea level. This salt desert contains a number of sandy islets made up of thorny scrub which forms a wildlife sanctuary which forms the breeding ground for flocks of flamingos. Deemed as one of the hottest places in India the summer temperature here peaks up to 49.5 degrees Celsius whereas the winter temperature drops dramatically, with the temperature dropping below zero degrees Celsius. With white salty land stretching as far as the eyes can see, this tourist hub attracts visitors from across the globe to witness the famous Rann Utsav which occurs between the months of November and March. The villages located near this white wonderland offer you a glimpse into the life of the locals living here. 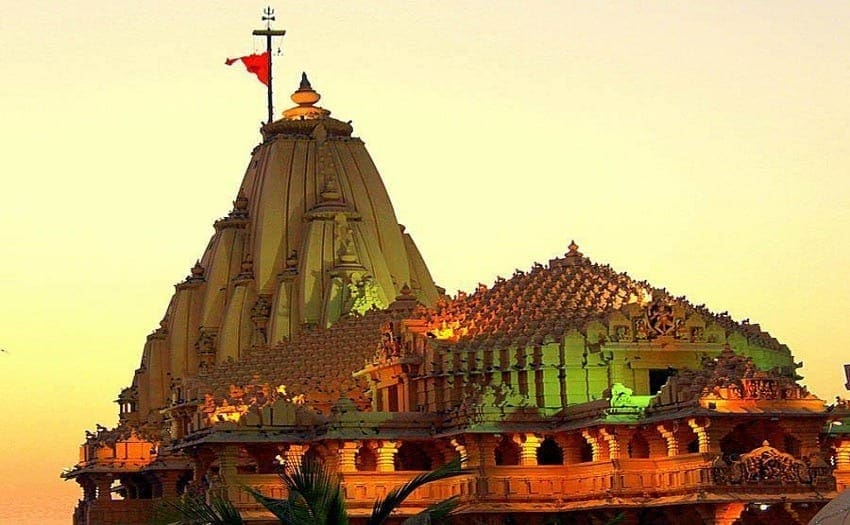 Along with being one of the 12 jyotirlinga shrine of Lord Shiva, Somnath temple also represents the fine artwork and impressive architecture of Gujarat. Popularly known as the ‘eternal shrine’ among devotees and pilgrims, it is believed that this was the exact place where Lord Krishna’s lila had come to an end and had departed for the heavenly abode. The temple has been mentioned in various ancient Hindu religious texts including the Rigveda, Shreemad Bhagvad Gita and Shivpuran. Another fact that makes this location extremely auspicious is the fact that this temple is located on the confluence point of three rivers, Kapila, Hiran and the mythical Saraswati river. As per legend the initial structure of this temple was built by the Moon God himself, later it was re made using silver by the sun god and finally it was changed into a sandalwood structure by Lord Krishna. Everyday this temple receives thousands of visitors on a daily basis who gather here from various parts of the world to offer their prayers. Although the temple has had a very tumultuous past it now stands tall and majestic.

Nestled on the Western Ghats, this hill station is the complete opposite representation of what people actually think Gujarat has to offer. The entire region is covered in lush greenery and dotted with magnificent waterfalls making this place calming and extremely peaceful. This hilly retreat is the perfect place to spend your time if you want to get away from the city’s fast lane and get away from the crowded tourist attractions. Accentuating the beauty of this place is the glorious sunrise and sunsets which sets a tranquil tone for the entire region. This is a must visit location if you are looking to spend your time in an offbeat manner.