Cameras can be inarguably regarded as one of the most revolutionary inventions in history. With rapid advancements in technology, we see mobile cameras joining the race of high-end cameras and mobile photography taking over the world. The line between smartphone cameras and professional cameras are blurring faster than ever.

However, will there be a time when mobile cameras replace high-end, professional cameras?

The Rise and Rise of Mobile Photography

According to research by BankMyCell, 44.81% of the world population owns a smartphone. With smartphones going as high as 64 megapixels, it is easier to believe that the higher the megapixel count, the better. Expensive cameras like the Nikon D850 pack only 48.7 MP, despite their large sensors. Fitting in megapixels in a small sensor is not equivalent to better image quality; it makes it more capable of performing in photos with High Dynamic Range (HDR).

According to research by CIPA, camera shipments worldwide dipped by 84% between 2010 -18. This paradigm shift was mainly due to amateur photographers using their smartphones to shoot images and videos. This can be attributed to their easy functionality and portability. For people who like to go on hikes and take trips, size can be an issue. So, they usually want to pack light. Here, smartphones seem to get the job done. Smartphones, for a reasonable price, are an all-in-one package.

Up until a few years ago, smartphones did not provide manual control over its cameras, which served as a big limitation. But phones these days give full control to the user; one can change the white balance, ISO, and shutter speed. This is a great start for people who are getting into photography. One can even get loads of accessories for smartphones, be it filters, lenses, and even tripods.

Smartphones have become more accessible than ever. With great smartphones coming in at reasonable prices, almost everyone has one with great features. With premium editing software like Lightroom having a mobile version, it has become easy to give a professional edit to photographs. 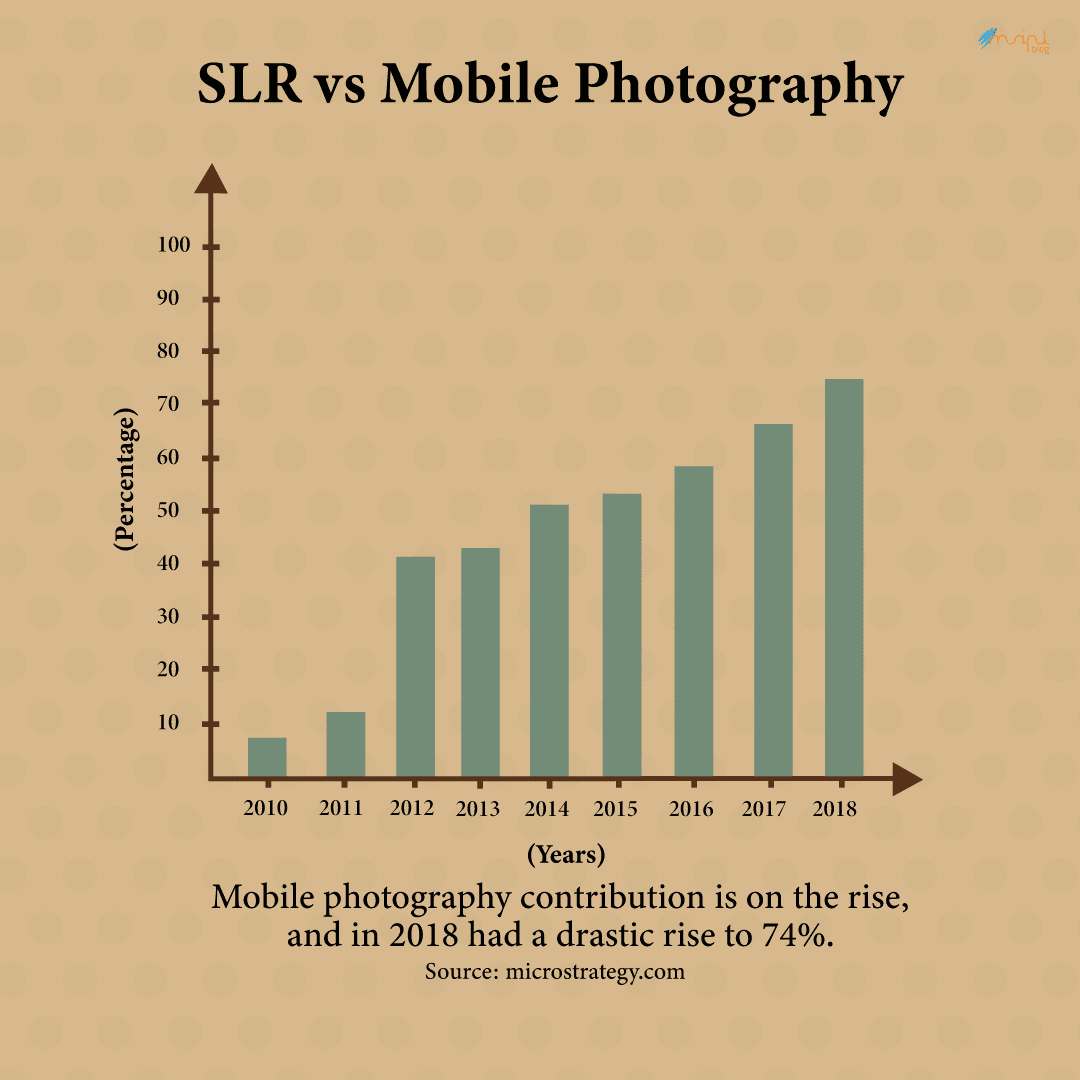 The Shift from DSLRs to Smartphones

A lot of professional photographers and videographers have also started to share content on mastering mobile cameras. There are also full-fledged courses on different platforms that go in-depth for you to unlock your smartphone’s true potential. It is now seriously taken as a facet of photography. Apple has created different ads and music videos in support of this pursuit and used iPhones to shoot them.

With the image quality improving exponentially, some smartphones could beat 5-year old DSLR cameras. However, I believe it is wrong to think that smartphones could take over professional cameras. Any professional photographer would want to have cutting-edge gear that facilitates versatility. With developments in the photography industry taking place consistently, the need for a “better” camera is incessant and ever-evolving. We see better cameras every year and have many options to choose from.

It’s not all about the Equipment

Again, if you are someone who is just starting out and does not want to take on too much too soon, mobile photography is the ideal place to begin. Personally, as a mobile photographer myself, I have taken photos that came out looking professional. This can be treated as an exercise in creativity, as you have to work with gear that comes with its own limitations. Before optimizing your gear, it is better to finesse your craft.

Photography is not defined by the gear you own, but the story you depict through a picture. Coupling your phone with some high-end accessories could produce great professional pictures. Once you start feeling more confident and about your craft, you can move on to professional cameras that give you more versatility and creative freedom.