Have you ever felt frustrated looking at the amount of fake news being spread across family groups WhatsApp? Or have you unknowingly shared fake news, which on the surface, didn’t seem unreal?

Whatever is your answer, the fact remains that fake news has plagued India for long. It has become more prominent because of the widespread use of digital media and greater Internet connectivity. 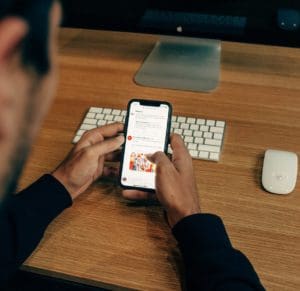 The term fake news refers to news reports, images, and videos shared to spread misinformation or disinformation deliberately. Fake news is a lie created out of nothing that takes the appearance of real news to deceive people. The information is false, but it seems true.

Fake news items may appear authentic at first and try to attract attention, shock, or shape opinions. They can be created by individuals or groups acting in their interests or third parties. However, the creation of misinformation/disinformation is usually motivated by personal, political, or economic agendas.

The dissemination of fabricated news to influence public opinion on specific topics is not a new occurrence. Sensationalism and political articles used to spread propaganda have been around since the advent of print media. However, in times of digital information exchange, fake news is an online phenomenon that is tricky to control. Fake news can achieve high levels of visibility in a short time, as it is convenient to share via social media.

Misinformation is defined as false or misleading content involving fabricated reports, click-bait headlines, hoaxes, conspiracy theories, and even satire. Misinformation is not purposely intended to deceive. Instead, it seeks to shape or alter public opinion on a particular topic.

Disinformation can be spread using many of the same tactics as misinformation—hoaxes, click-bait, fabricated reports. Disinformation is intentionally created to deceive. 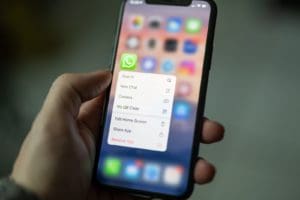 Students of the so-called WhatsApp University.

WhatsApp, India’s most popular instant messenger, had driven misinformation and propaganda ahead of the 2019 general election. WhatsApp had announced new measures to fight this, but experts say the scale of the problem is overwhelming.

WhatsApp and Facebook have been struggling to limit the impact of “fake news,” be it in the form of texts, photos, and videos promoting misleading or entirely false information in elections around the globe. However, India’s 2019 election (the world’s largest democratic exercise) was seen as a significant test. Facebook had removed hundreds of accounts and pages for misleading users before the elections. Meanwhile, WhatsApp had launched a service to verify reports sent in by users and study the scale of misinformation on the platform.

WhatsApp’s largest market constitutes India, where more than 20 crores of its citizens use the app. The sheer amount of content Indian users pass on is exceedingly more than foreign users do across the globe. While much of these daily conversations involve people making plans, sharing jokes, and catching up – political messages and videos are also shared widely. According to BBC research, there has been a rising tide of nationalism driving Indians to share fake news. People tended to assume that forwarded WhatsApp messages from family and friends could be trusted and circulated without checks.

How are people susceptible to fake news?

Why do numerous people forward fake news with zero verification? According to BBC India report, certain conditions were essential for the spread of fake news, such as:

There were various motives behind the sharing of fake news, such as:

(The motives of nation-building and identity usually heightens during elections, with political parties striving to seize the day.)

Unfortunately, most victims of fake news are not aware that it is fake. But WhatsApp forwards has a role in shaping opinions and intensifying prejudices. Those aged below 20 and above 50 are more susceptible to fake news, according to an IAMAI-Factly report.

What is the viable cure for fake news?

There is no easy solution to cure the fake news pandemic completely. Fact-checkers, digital companies, media, government, and civil society are all combating fake news daily. While several fact-checking organizations are involved, their endeavors are often swamped by the amount of fake news being circulated. A handful of people manufacture misinformation in a bit of time, while the vast majority spreads it inadvertently, with no intent to cause public harm. The focus should be on bringing about behavioral changes in the latter. This involves mass outreach to inculcate the habit of fact-checking, reverse image checking, and other verification techniques before clicking that ‘share’ button—all alert, in other words.

How to Protect Your Children from Social Media Harm

By taking proactive steps to monitor their children’s online activity and teaching them about responsible online behavior, parents can help keep their children safe from social media harm. […]

Evolving Role of a Teacher

Teachers must ensure that the information that students use from the internet must be specific to their learning, lead to their productivity, is timely, valid, and relevant. […]

Evolution of Skeuomorphism on Digital Interfaces

In the early 2000s, 3D logos were all the rage. Take for instance the first logo introduced by Google in 1997 (all you can say is “yikes” after seeing them). After a few redesigns at the turn of the century […]