Heterosexuality, as a concept, has been a prevalent social construct in our day-to-day lives. Our conditioning, while growing up, is no surprise to anyone. It was always assumed that a boy would be attracted to a girl, and a girl will be attracted to a boy. This very conditioning is known as “Heteronormative Conditioning” or, in simple words, “Thinking Straight.”

It sounds striking when we provide academic terminology to it. However, this social construct needed a vocabulary of its own as it suppressed the queer community’s voices. This social construct has led to a presumptuous understanding that we must fit each gender in labeled boxes. Unfortunately, these labels are imposed binaries too.

Historically, the terms ‘Sex’ and ‘Gender’ have been used relatively interchangeably. A real example is a classroom set up for biology. You might have noticed that the teacher tends to go back and forth with both the terms while teaching biological sex.

Gender is a complex social structure. World Health Organization defines gender as the characteristics of women and men that are socially constructed. Gender is a complex overlapping of various social identities such as personal identity, other people’s perception of us, cultural roles, ethnic roles, and the likes.

When the gender identity does not match with the biological sex given at birth, the person may identify themself as “transgender” or “non-binary.”

Let Us Not Confuse these terms with Sexual Orientation.

Sexual Orientation is defined as romantic or sexual attraction towards the opposite sex or gender, same-sex or gender, or this attraction can be towards both the sexes and genders or multiple genders.

The primary keyword that one must remember when we try to comprehend sexual orientation is ‘attraction.’ This attraction can be romantic and sexual, or anyone of the two. A person can have their gender identity aligned with their biological sex (cis), but they could still identify themselves as bisexual, gay, or lesbian.

It is time that we incorporate Queer (LGBTQ+) Community in our education curriculum as Queer rights are basic Human Rights. It is of paramount importance that the upcoming generation is taught how to value and respect the Queer Community. More than loving the community, inclusivity plays a more significant role in the societal spectrum. Children having a hard time comprehending their gender identities should be able to have someone to talk to.
According to the 2018 census, 42,000 teenagers died of suicide due to gender dysphoria. The percentage has all the more increased over time.

What is Heteronormative Conditioning?

Every single structure created by the hands of people (visible or invisible) is, in fact, a social structure. Money, clothes, institutions, language, cultures, politics are all social phenomena. However, why do multiple pioneers and journalists question heteronormativity? This is because; a) heteronormative social construct is still a very abstract concept, and b) it has marginalized a community and conditioned people to think that heterosexuality is the right concept.

Heteronormative society has privileged heterosexuality. For example, through the fairytales, we have been brought up to privilege heterosexuality (King marries the Queen). This, in reality, politicizes procreation. We have been conditioned into “thinking straight” because a man and woman can produce biological children.

Politicizing gender roles for more economic growth and control over kingdoms have led to a conditioned system of Heteronormatovity. We must stop placing people into boxes and start letting them have a sense of their own identity. In fact, as a society, we must uplift each other to be able to embrace diverse identities. It shouldn’t cause anxiety but an opposite feeling of warmth and faith in understanding the feeling of genuine love.

“A gender-equal society would be one where the word ‘gender’ does not exist: where everyone can be themselves” 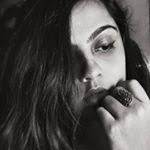 About the Author: Asmita Sen was born in Patiala but has lived in eleven different states. She hails from Kolkata, West Bengal.

She started writing officially for magazines and newsletters since she was thirteen years old. Started journaling since she was twelve years old, and gradually dialed up to blogging.

She is a part-time content writer and LGBTQ+ blogger. She is currently pursuing a Master’s in Media and Communications at The Manipal Institute of Communication.

Too Queer or Not Too Queer?

Queer representation helps people learn about the various sexualities and gender identities, this would help in making the world a more accepting and supportive place for LGBTQIA+ people.   […]

Dating In Your 30s: Best Apps To Use

Do you like the thrill of hunting for a perfect date? Bad dates in your 20s might have demoralized you. But, dating seems to be a never-ending adventure. […]