A while back  ‘INTOLERANCE’ was a buzz word in India and now I understand what it actually referred to. No, It is not Religion Intolerance that India is suffering from. We, my dear friends, are a Democracy of the Offended. We are Intolerant about almost everything!

To absorb something and move on, seems too difficult today with the parochial mindsets we have developed off late.

When Aamir Khan said a sense of “insecurity and fear” had seeped deep within society, people went nuts! So much media paparazzi, dharnas, calling for a ban on his upcoming movie and some people went as far as uninstalling the app for an e-commerce player endorsed by Aamir!

Reality is too difficult to digest, huh? Let’s take offense.

The recent Salman khan’s remark, comparing his hectic training schedule to ‘a raped woman’ made everyone go Insane! (I’m sure his intentions were not wrong, he just used the wrong metaphor)

I have seen people coming out of exam halls and saying ‘Bhai aaj toh rape ho gaya!’. Did you bat an eye then?

Some people might argue that Salman is a hero/public figure and he shouldn’t have made such a remark. A ‘hero’ requires followers. So if you have made Salman, ‘Bhai’, then deal with it. Who made him larger than life? Not a Salman fan?  Then why bother? He is not your hero. Move on . Or let’s make a controversy out of this and give ‘Bhai’ more popularity?

When Tanmay Bhat of the popular AIB fame did a comic Snapchat video mocking Sachin Tendulkar and Lata didi. Almost everyone took offense except the concerned stars .

Again, it was just a Snapchat video. You receive those only if you are following a certain person on Snapchat. Got a problem with the feed?  Unfollow . I’m sure it takes less time to tap the unfollow button that making a hue and cry about it in the Social media. 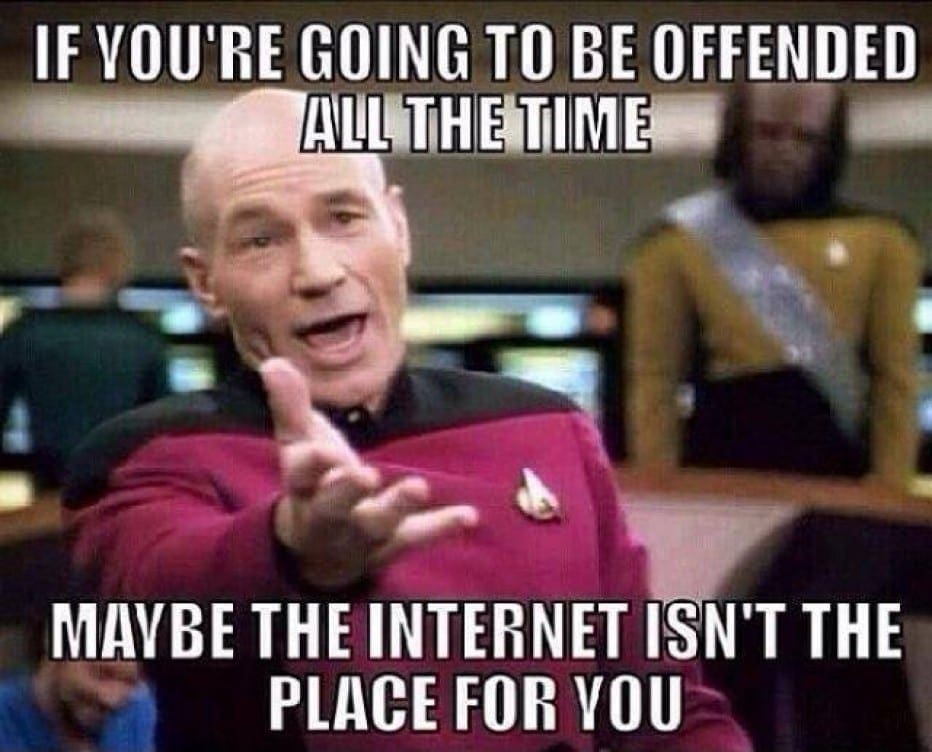 The media needs new news-material. They are running a business out there and they have to do it. So now and then then things like these will pop up. But why add fuel to it? I’m sure India has a host of other problems which needs proper Media and our attention. But hey, do I blame the Media? Am I offended? Hell no. The media shows what you absorb. Yes, Masala.

The Bollywood makes movies that you absorb. Where Haider goes unnoticed and Happy New year is a hit! Not far is the day when I make a joke on myself, without someone else taking offense on my behalf!

Do yourself a favour, watch this video by Zakir ‘Bhai’.