After the frenzy over this weeks grand release of The Dark Knight Rises and a somewhat fitting finale to the series, it was with heavy heart that I came out of the BigCinemas Adlabs in Mangalore. To put it bluntly, there isn’t much left on the immediate horizon that gives me the kind of anticipation that can remotely equal the kind of ‘must-see chills’ that I felt for The Dark Knight and Harry Potter and the Deathly Hallows part II.

However, there was a bit of hope for the film buff in me – A super theatrical trailer of Superman – Man of Steel! For those who feel similarly after the end of one of the greatest trilogies of all times, here are 5 movies one can hope to match the legend that was!! They don’t include every major release that I’m remotely interested in, but these stuck out as ones that I’m genuinely eager to sample for one reason or another.  In order of release date:

Underworld‘s Len Wiseman directs a remake of the Paul Verhoeven film, in which we never go to Mars. Instead, in 2084, after being devastated by war, Earth is divided into two superpowers, Euroamerica and New Shanghai, who are locked in a battle for supremacy. There is no Arnold Schwarzenegger in this one, however, Colin Farrell will be lending his usual charm. A new 007 adventure will always be cause for excitement, and the Daniel Craig movies have done a fine job of balancing smaller, character-driven stories with the sort of larger-than-life action that this franchise all-but invented. The cast is superb, with Craig and Judi Dench being joined by Ralph Fiennes, Albert Finney, Javier Bardem, and Naomie Harris.

Bilbo Baggins (Martin Freeman) must go on a quest to reclaim the lost Dwarf Kingdom of Erebor, which was conquered by the dragon Smaug. Unexpectedly approached by the wizard Gandalf (Ian McKellen), Bilbo agrees to join a company of dwarves led by legendary warrior Thorin Oakenshield.

The journey takes them through treacherous lands swarming with goblins and orcs, deadly wargs and giant spiders, shapeshifters and sorcerers and ultimately leads Baggins to finds a magical gold ring tied to the fate of all Middle-earth.

Outlook: The first trailer was the stuff of dreams. And Martin Freeman looks perfect as Bilbo Baggins.

This Will Smith/Jaden Smith vehicle is the last chance for M. Night Shyamalan to prove that his early triumphs weren’t a fluke.  The creator of two of the best movies of the last twenty years (The Sixth Sense and Unbreakable) has fallen into a pit so deep that perhaps not even the biggest movie star in the world can pull him out.

Outlook: Should be a treat to watch Will Smith with M.Night Shyamalan. The combination however is an unknown.

5. Man of Steel (June 14th, 2013)
Unlike many of you here, I like Zack Snyder.  I’ve vigorously defended the intellectually challenging Sucker Punch and was impressed by the character-driven Dawn of the Dead remake and the visually stunning and potently anti-war Legends of the Guardians. While it’s still very much an open question whether Zack Snyder can really put together a complete cinematic experience with good characters and a decent story and stuff like that, at least we can be pretty sure his Superman movie will feature some awesome/ridiculous action sequences. 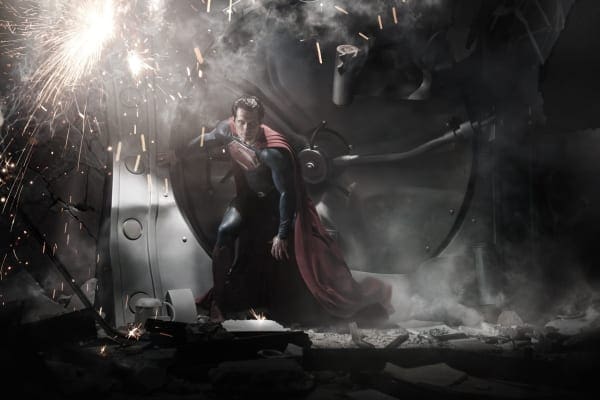 Well, the latest rumors embody that sentiment in spades, as one scene will reportedly see Henry Cavill’s Superman tear apart a presumably unoccupied building and use it “as a weapon in some kind of ‘super martial art’ fashion”, including “girders as throwing stars.” Honestly, if that sequence exists and is even a quarter as  awesome as it sounds, I’m willing to give this movie a passing grade, right here and now.

Outlook: With Chris Nolan’s guiding hand, a truly terrific cast (Henry Cavill, Russell Crowe, Amy Adams, Kevin Costner, Diane Lane, Michael Shannon, Lawrence Fishburne, Chris Meloni, Richard Schiff, etc) and all signs pointing to the superb Superman: Birthright as the source material, there is no reason not to at least hope that this is the epic and socially relevant Superman movie we’ve been waiting for over the last 30 years.