The project to develop the NASM (Naval Anti-Ship Missile) was sanctioned in 2017. Defence Research and Development Organisation (DRDO) revealed the project’s specifications at DefExpo in 2018. A model of the missile was seen at Aero India 2021. It was designed to replace the Sea Eagle anti-ship missile currently used by the Indian Navy’s Sea King helicopters. The Sea Eagle is a medium weight sea-skimming anti-ship missile designed and manufactured by MBDA. It weighs 580 Kg and carries a conventional warhead of 230 Kg, and has a range of 110 Km. These missiles have become outdated as they were inducted in the 1980s, almost 40 years ago.

The NASM-SR (NASM- Short Range) is a 375 Kg missile with a range of 55 Km. It has a warhead of 100 Kg. Even the Marte-ER has a warhead of 70 Kg. The missile is equipped with an Imaging Infrared (IIR) seeker, making it efficient against flares and countermeasures. It is powered by a solid rocket motor and is controlled by Jet Vane Controls (JVC) during the boost phase. It has a sea-skimming capability at the height of just 5m from sea level. It is a Lock-On After Launch (LOAL) missile, and its flight path can be updated mid-course. It has an all-weather capability and a multi-EFP (Explosively Formed Penetrator) warhead. The maximum speed it can attain in flight is an impressive 9 Mach. 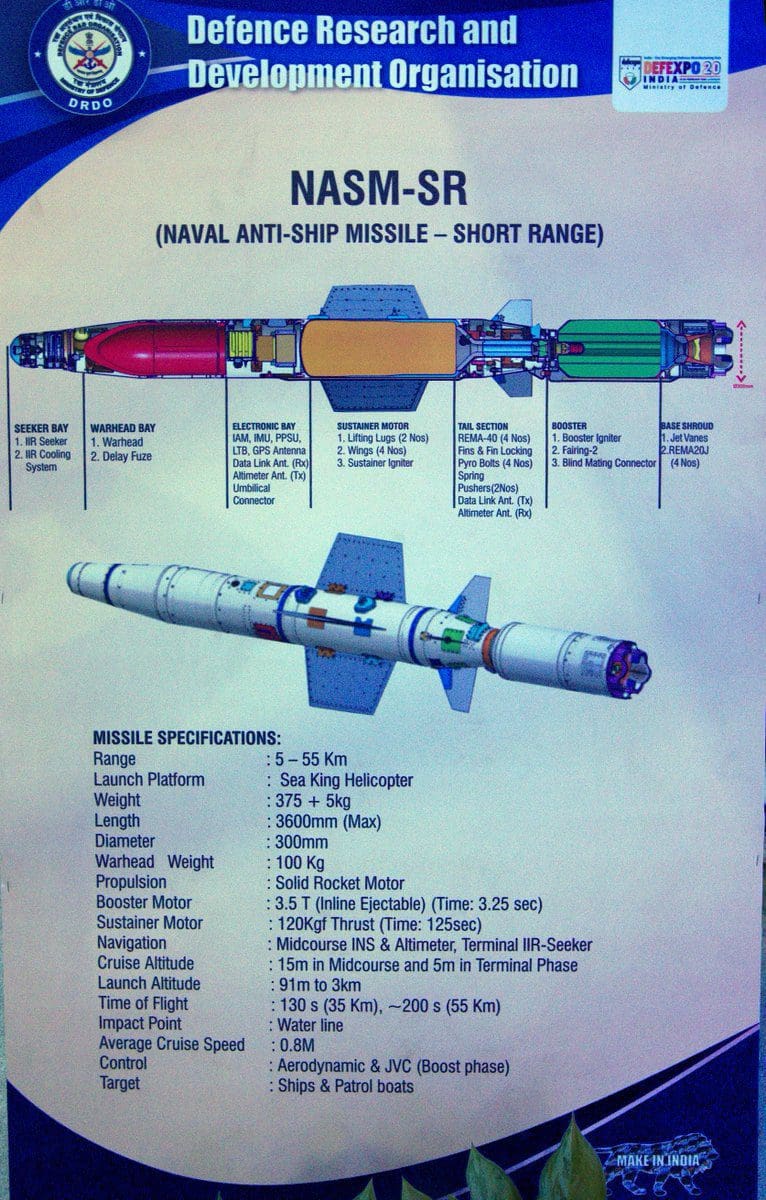 The NASM-SR missile has a range of 110 Km. The NASM-ER will come with a range of 150-200 Km. An XR variant of this missile might be developed with an operational range of 300-450 Km. Other variants of this missile include a ship-launched version of the missile. A variant equipped with RF Seeker or an Active Seeker may also be developed in the near future. The NASM-SR missile will be tested for the first time by the Indian Navy in the middle of 2022, i.e., this year.

Overall, this missile will add to the capabilities of the Indian Navy in the Anti-Ship role. The Indian Coast guard may even induct it for their ALH-MkIII helicopters. These systems will be crucial for the Indian Navy in light of Chinese aggression in the Indian Ocean region.

The MPATGM by DRDO: Unparalleled Success