Play with Passion, Play for a cause.

Or simply, just play for Fun.

The Social Welfare Committee of KMC, Manipal organized its biggest fund raiser which began on March 22nd and finally came to an end last night, i.e. on 27th March. The event witnessed participation from all colleges not only under Manipal University but also other colleges in the vicinity extending up to Mangalore. At the same time, the local residents turned up in large numbers for the various events: Cricket, Football, Volleyball, Basketball, Badminton and Table Tennis. Through this event, the SWC, KMC Manipal collect funds for “Udaan” where they are going to support Daniel  and Prakash Vinod from Jnanaganga PU College and Narendra Kumar from a government college to continue higher education with tuition fee, uniform fee and study material fee included. The scholarship money and certificates were handed over to the deserving students and their mothers by the dignitaries. The funds collected also would go for the support of the girl child under Samsriti, where children below 12 are provided money for life saving surgery and treatment.

No matter the sport, there can be only one winner. The fierce competition, the nail biting matches, all the excitement and all the fun and games drew to an end, as the best in each event triumphed over the others. The 1st and 2nd positions were rewarded with certificates and prize money. Sportz Quake being a charitable event, the runners up of Volleyball and Cricket graciously donated their prize money to SWC to further support them in their honorable venture. 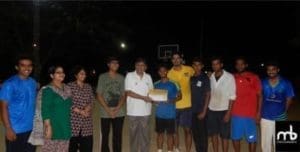 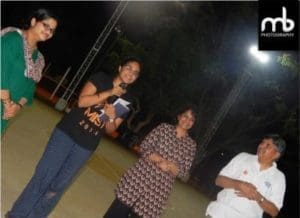 Highlights from the week: 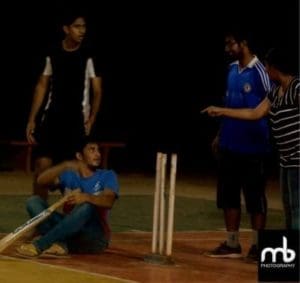 The social welfare committee have always worked to make a difference, towards making the world a better place for people who had all but lost hope. The Dean, in his speech commended this group of enthusiastic individuals for their dedication and hard work and assured them of his full support in all their future endeavors. After a few words from Purusharth Yagnik, Secretary, and Shraddha Moolchandani, Vice Secretary, SWC, Sportz Quake was declared over and a grand success.