Telugu film industry’s superstar, Prabhas is a 6 feet 2-inch giant who has recently played the title role in Bahubali. The Tollywood hero has worked really hard on his body after he bagged this role. He was trained by Laxman Reddy, who was the Mr. World 2010 bodybuilder champ. Prabhas had to work out daily in order to gain 20 pounds that were the demand of the role. Bahubali required him to do extreme exercises to get well-chiseled six-pack abs. He had to go for a strict 6-month workout regime to reach this goal. The role needed a tough look, and it was important that the body grew in the right proportions through rigorous weightlifting exercises. 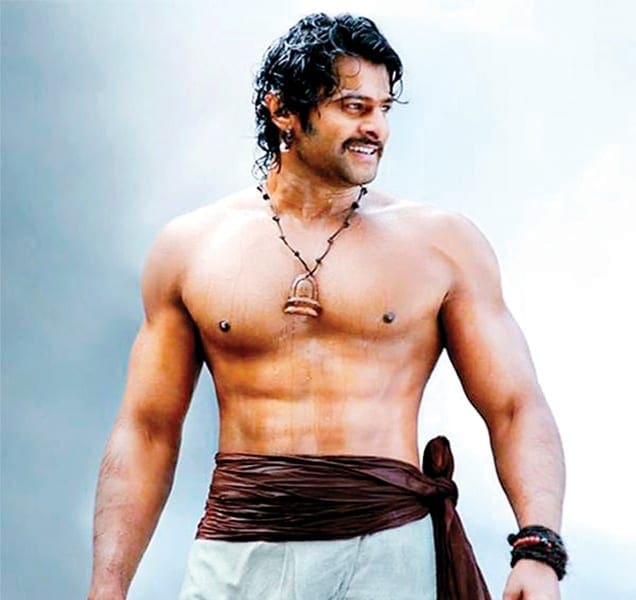 Prabhas’s day typically started with a half an hour morning cardio followed by a 3-hour monstrous workout session and in the evening, he lifted weights for an hour and a half. He had to follow a strict diet plan that eliminated all the carbs from his diet and only bulking on proteins. His daily diet consisted of 6 meals that included eggs, nuts, almonds, fish and vegetables. Prabhas went to America to meet the wrestlers of WWE to understand their workout and training regimen. He imported a whole gym set for him, all the possible infrastructure to start working out on his body. He really worked hard for this transformation, not many would dare to take this challenge.

Prabhas was the playing the brave warrior in the movie and so it required him to develop a giant hulk body.

With strenuous workout regime, he also required feeding in lot of proteins so the Bahubali’s daily diet included the unimaginable –

To become like Prabhas, requires heavy workout sessions to bulk your body. Natural food supplements and non-dairy protein powder are more than enough to sustain this huge body, especially with the diet plan he was following, there is no need to intake any supplements or steroids.