Latest on ManipalBlog
In this article hide
1) Introduction
2) A Troubled Past
3) A Soon-to-be Troubled Present
4) A Better Future
4.1) Conclusion

The way we spend money has shifted quite a bit the past few decades. Physical cash used to be your only option of paying, but then credit cards entered the scene. Nowadays, we tend to use our cards more than physical cash, though our finances are starting to shift towards a new way of spending: apps.

PayPal, Venmo, Square: all of these are apps you can use to pay for products, give to friends and family, and treat as s saving’s account. Besides existing as apps, these companies belong to an industry known as the ‘fintech’ industry–an industry dedicated to incorporating technology into finances.

The fintech industry has existed for well more than a decade now, but its popularity has grown due to companies pushing for their mainstream acceptance. Venmo, a PayPal-backed fintech app, had 40 million users use the app through 2018-2019, so I’d say these companies are succeeding.

However, with any growing industry comes hurdles, and the fintech industry is no exception. But instead of focusing on all the issues that the industry may face in the coming years, I want to focus on perhaps the biggest issue: cybersecurity.

Technology tends to attract security problems after security problems; it’s not the fault of the technology itself, just the shortcomings of our knowledge of security. However, the fintech industry is no stranger to security issues. For example, a 2017 PayPal data breach put 1.6m customer’s personal information at risk.

Why stop there, though? Why not talk about Square leaking the transactions of its customers to third-parties? Or how about this year’s Venmo data breach, causing 7m transactions to fall in the hands of a university student–who succeeded in proving Venmo is still insecure.

I’m not attempting to belittle the fintech industry as much as I’m attempting to warn you of the security obstacle that must face.

Payments moving from cards to apps seems almost natural. Come on, we carry our phones with us everywhere, smartwatches are as popular as ever, and smart devices can order anything with a simple voice command.

However, just like a natural evolution, a few kinks need to be worked out before the final product sees the light of day. When it comes to security and the fintech industry, the issue seems to be banks keeping up with technology.

Sure, security issues plague apps and devices, and I’m not discounting those issues, but banks are prone to playing catch-up as their customers adopt these third-party fintech apps. Some banks have adopted their own fintech solution, such as Zelle, a payment platform owned by multiple banks such as Capital One and Bank of America.

Playing catch-up just doesn’t work when it comes to security; you must be able to plan ahead to prevent breaches or leaks, and since the fintech industry is relatively new, banks are struggling to adopt new technology while staying secure.

This issue won’t stick around forever, though. There are solutions available to banks and fintech companies that will keep them secure as ever and will allow their evolution to continue unprohibited.

I could talk about how banks need to adopt better security, such as installing firewalls on their networks and using a VPN to encrypt traffic, but I’d be repeating the words of many. Instead, I want to present a studied method of security that fintech companies are currently adopting– a method, banks should also adopt if they hope to stay relevant.

This method of security is called a blockchain.

If blockchain sounds familiar to you, it may be because you’ve been keeping up with news of Bitcoin or other forms of cryptocurrency. While blockchain used to be exclusive to cryptocurrency, banks and fintech companies have been adopting it into their apps and servers, but why?

Blockchains act as transaction ledgers for cryptocurrencies (and now, other industries) that stores information about every transaction. A transaction can mean many things when it comes to blockchain, but in a bank’s situation, a transaction would be defined as a record of withdrawals, deposits, log-ins, etc.

Now, blockchain isn’t 100% secure–no technology is–but due to blockchain being 1.) decentralized and 2.) tamper-proof, the two things banks are in severe need of. With blockchain, banks and fintech companies would have the means to keep accounts and transactions secure, and a way to avoid another Venmo situation.

Though, banks like Capital One emphasizing an online presence with Zelle shows that not all banks are hopeless in these endeavors. 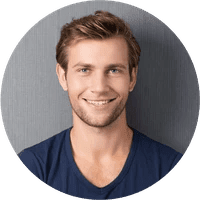 About the Author: Brad Smith is a technology expert at TurnOnVPN, a non-profit promoting a safe, secure, and censor-free internet. He writes about his dream for free internet and unravels the horror behind big techs.