In the dusk hours, of what would have just been a normal day for the father-son duo, Jayaraj and his son Fenix Emmanuel would soon turn into one of the most inhumane and brutal deaths to take place in police custody. The father-son duo ran a mobile shop in Tuticorin, and on that fateful night Jayaraj ran his mobile shop around 15 minutes past the allowed time during the lockdown, and a group of cops had noticed this, and hence took him to the station. When his son Fenix enquired about the well-being of his father, who was almost a senior citizen at the time, he found out that his father was being thrashed by the police, when he went to stop the mistreatment being lent out to his father, Fenix was also arrested and brutally thrashed in jail along with his father. The police instead of reprimanding or filing charges against them, decided to take the law into their own hands and use it at their own discretion, over such a petty and trivial matter. These so called police officials, took advantage of their Khaki uniform and like rabid mongrels decided to strip the both of them, crush their knees with batons to strip them of their dignity and the only way to defend themselves. They were left helpless and naked on the floor, only to be rained down with blows on their backside, they also had lathis inserted into their anus multiple times, which led to them profusely bleeding from their rectums, and their screams of excruciating pain was met with helpless silence from the neighbouring locality, who could do nothing but be mute spectators to the horrific ordeal. To make things worse and traumatic, their blood stained clothes were sent to the family and fresh new clothes were demanded from the family, who could do nothing but pray for the fate of the duo. After the horrific ordeal of beatings, sodomy and anguish came to a halt, when both the father and son were fighting for the inch of life that they had within them, they were sent to the hospital for their recovery, where Fenix succumbed to his injuries on Monday, while Jayaraj died the very next day. They were stated to have died of heart failure and fever, but we know that the reality was that they died due to the merciless torture done by cold blooded perpetrators. It makes us question who really were the criminals and who were innocent. While this horrific hundreds of cases of custodial deaths and police brutality that meet deaf ears every year. Lower and middle class workers like Jayaraj and Fenix are worst affected by the brutality and mistreatment by the very people who are supposed to serve, protect and enforce the law. When such an act takes place, there should be no differentiation or leniency that takes place just because of the authority of the uniform they wear, they must be harshly punished for their crimes and made to pay as they are murderers, just like how the police officers responsible for George Floyd’s death were charged with murder, we must ensure justice is upheld and served for Jayaraj and Fenix. Their family has pressed charges and the only trivial action that has taken place so far is that some police officers responsible for the deaths have been suspended, this is not justice and our voice in this matters, if we as Indians can come together for the support that George Floyd received, as black lives matter, then it is equally our responsibility to use our voice to ensure justice to someone of our very own nation with the same grit and enthusiasm. Your vote counts, a voiceless voice is as bad as being a spectator to a crime. 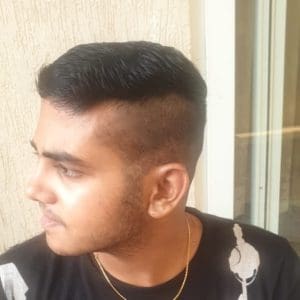 About the Author – Krishna Menon is a first year Bachelors student at Manipal Institute of Communication. Penning down his thoughts and visualising outcomes are what he like do to at heart, one could also call that overthinking. Ever since he was a kid, he wanted to be a automotive journalist and explore the world, currently he is still exploring his opportunities.