Whenever we go to a fast-food burger joint, we often feel that the 2-patty burger satisfies our Goldilocks definition of what makes a good burger. The problem with a 1-patty burger is that you often find yourself craving more food afterward. But if you go buy another burger, you’ve spent too much money and you may even find it a lot more difficult to finish off the 2nd burger.

Putting in 3 patties, on the other hand, may just be too much. These burgers are often extremely difficult to eat neatly as if their makers expect us to open our jaws wide like we’re snakes or something. These triple burgers are also often hard to finish. The dieticians are also all against this type of burger, as they generally come with too many calories and too much sodium. 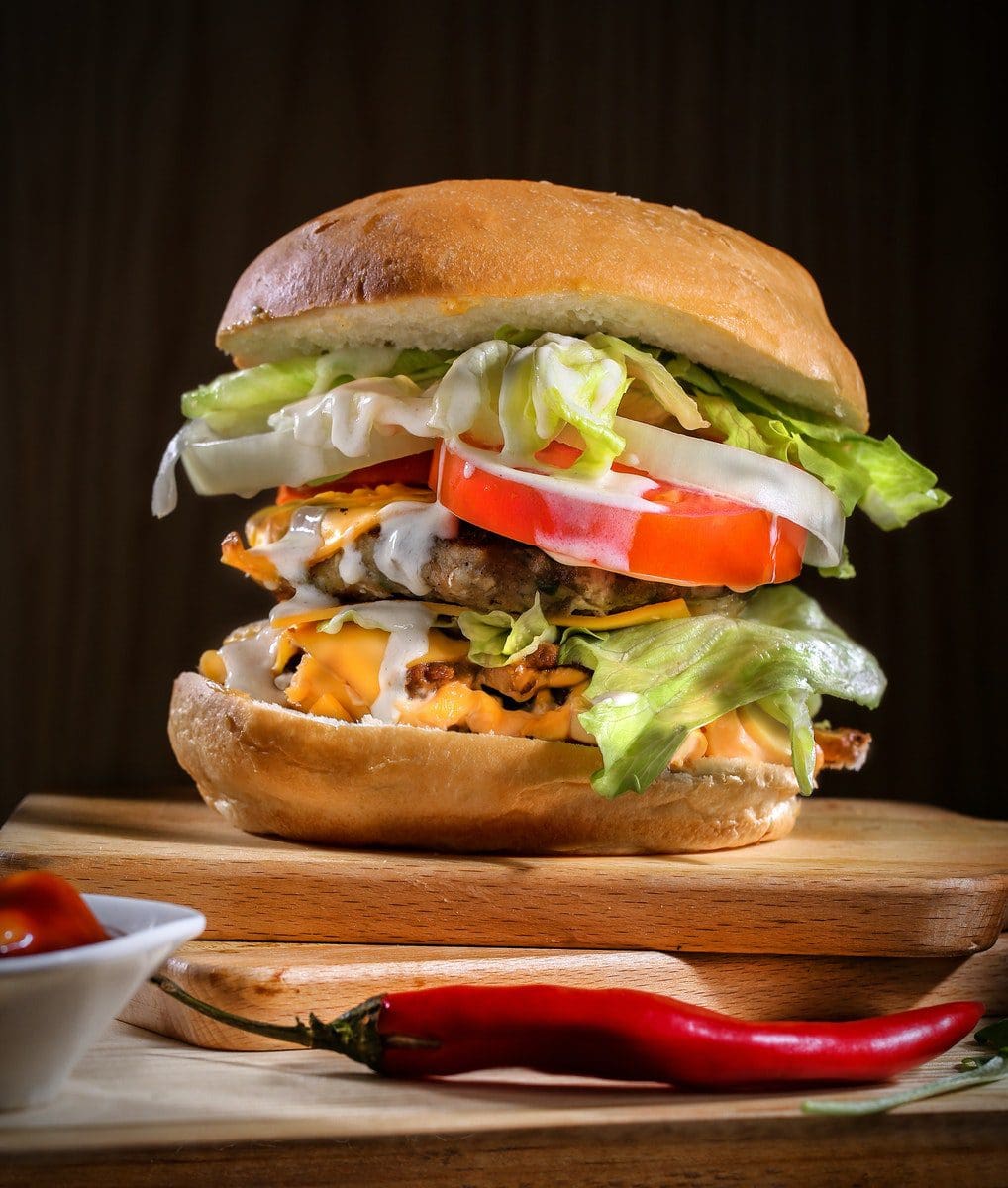 This leaves us to the nicely balanced 2-patty burger. You add just a single patty to the burger, which should satisfy your hunger, and at the same time add plenty of calories. You also don’t add too many calories and too much sodium and trans fat as well.

But that leaves us with a question: which double-patty burger is the best? We tried the other double burgers out there, just to satisfy our curiosity (and our never-ending craving for burgers in general). We also went with the double-patty cheeseburgers, since plain hamburgers get a lot better with that simple addition of cheese.

The Double Stack is about $2.98 on average in the US, so it’s not exactly expensive. That’s about the same you’d pay for a similar burger in Burger King or McDonald’s.

We started with this burger on the list, simply because we were at Wendy’s when we thought it up. Also, we’ve always appreciated their “fresh, never frozen” beef. The name clearly indicates the presence of 2 patties, though these are the 2-ounce patties (which Wendy’s use for their Jr. burgers). With those, you also get the American cheese, onion rings, crinkle-cut pickles, and ketchup and mustard.

Compared to the complexity of many other burgers out there (including some of the triple burgers in Wendy’s menu), this particular burger does seem a bit too basic. But it’s a no-fuss burger. For just a little bit of money, you get the basics of why burgers are so darn popular and beloved in the first place. The beef is the star attraction.

The toppings may be few, but they sure add to the flavor nicely. While they don’t overwhelm the flavor of the beef, the onion ring and the pickles really add a bit of nice zing to the thing.

We were recently able to get out of state and find an In-N-Out burger, so we were able to try their Double Burger. Many of our friends insisted that it must be part of any list of burgers that are supposed to be the best. The reputation of the brand has become so huge that it’s almost mythic at this point.

Sure enough, you won’t be able to complain about this burger. We weren’t really fans, since we live in a state where there aren’t any of these In-N-Out locations. So, we rationalized that their burgers may be overrated. If there were so great, we argued, then they should be successful enough to have more restaurants across the country and around the world. It’s our version of sour grapes.

But we can’t deny the utter deliciousness of the In-N-Out Double Burger. It wasn’t all that expensive, but the flavor was outright amazing and the size was just right. If you live near an In-N-Out, you have been blessed.

This is probably the most expensive of all double cheeseburgers among the famous fast-food brands. Each one cost almost $10.

We were permitted to customize the burgers, but we wanted to be fair so we went with just the pickles and onions. That made it similar to the Double Stack, but this one does have the famous Shack Sauce.

It really is massive, since the patties were definitely huge. Each bite can be somewhat intimidating, and you won’t even finish the half without wondering if you can actually finish it all. You have generous toppings and thick cheese, and that Shack sauce sure brought its flavor to the burger.

All in all, it’s great for the starving, but it’s like eating a triple burger somewhere else. And we’re not too sure that it’s 3 times better than Wendy’s Double Stack. 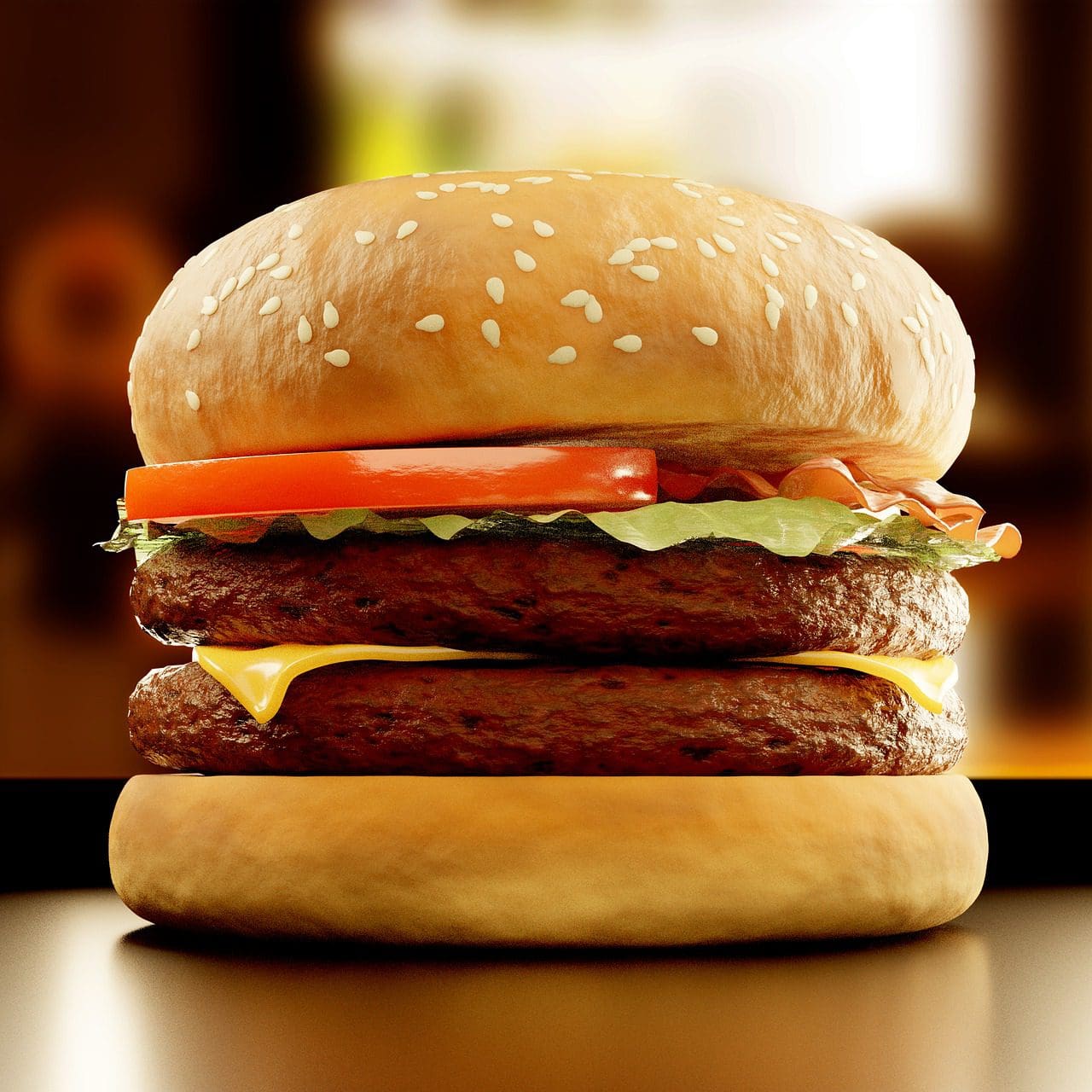 We were supposed to go try the other double cheeseburgers but just remembering that last one from Shake Shack really made us feel full. In any case, these 3 should be the perfect double cheeseburgers to start with. give us your comments as to which others deserve to be on the list, so we can try those burgers as well!