Have you ever thought of the many times you have been late to class, and the tired, old, worn out excuses that have always been given such as: “It began to rain heavily,” “my car broke down,” “bus got stalled,” and “my alarm clock didn’t go off.”

Leave those alone for a time and try one of these: 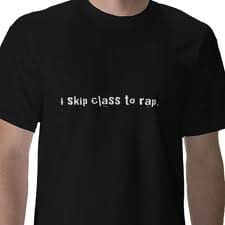 (1) You left your eye-glasses at home, couldn’t see clearly, and due to all the construction work on the campus, you accidentally walked into a cement mixer, went around for a few times and finally got poured out.

(2) A pretty co-ed asked you for information, and by the time that you finished asking a few questions of your own —it was later than you thought.

(3) You jumped out of bed into the tub, where to your dismay you found that you were all out of Ivory Soap, you had to play submarine trying to find the bar of soap and nearly drowned. It took a Life Buoy to save you. By that time you didn’t have a “scent” left, so you couldn’t find your way to school.

(4) You were going to wear your white blouse to school that morning; your kid sister heard that it was made of “handkerchief linen” and was using it to blow her nose.

(5) You were eating Quaker Puffed oats Sparkles for breakfast, which are “shot from guns” and became critically wounded.

(6) You got wind that Kapil Sibal was making an investigation of people who had posted anti-govt stuff on Facebook. You spent hours hunting for your password to get rid of your mischief on Facebook.

I willingly give myself for a psycho analysis (providing the doctor is Katrina Kaif).