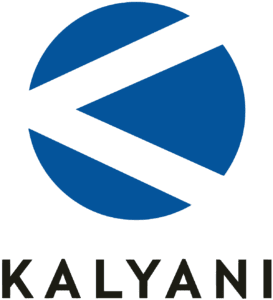 Bharat Forge is the Kalyani Group’s first company, founded on 19 June 1961. It manufactures automotive components and components for industries such as aerospace, railways, marine, and conventional and non-conventional energy. It is the flagship company of the Kalyani Group and has several subsidiaries. Defense manufacturer Kalyani Strategic Systems Ltd. is a wholly-owned subsidiary of Bharat Forge. Kalyani Strategic Systems owns a 51% stake in Kalyani Rafael Advanced Systems, a joint venture with Israeli defense company Rafael Advanced Defence Systems.

Their major products include the ATAGS (Advanced Towed Artillery Gun System) developed in partnership with DRDO. Others include the Kalyani M4, ULH (Ultra-Light Howitzer), B-52, MPV (Mine protected Vehicle) and the Garuda, an ultra-lightweight mobile gun system.

Ashok Leyland Defence has a rich heritage of collaboration with defense forces worldwide through its association with Leyland and AVIA. The Mk VIII Centaur tanks built at Leyland took part in the Italian campaign in 1943. At the same time, AVIA manufactured the OT 64 Czech armored carrier’s chassis units in 1963.

Ashok Leyland Defence Systems (ALDS) had signed up with the Paramount Group, South Africa, to develop and manufacture Mine Protected Vehicles in India. The new vehicle combined the specifications of the two Paramount mine-resistant vehicles, the Marauder, and the Matador, with the Ashok Leyland’s basic four-wheel-drive military vehicle Stallion.

It recently partnered with CVRDE (Combat Vehicles Research and Development Establishment) to develop a 600 HP indigenous engine. It also supplied bulletproof vehicles to the IAF. It is also playing a crucial role in the modernization of the Indian Army.

They are committed to helping India achieve self-reliance in defense & security. It has established capabilities in India across a vast domain in a short span, including small arms, unmanned aerial systems, radars, defense electronics & avionics, tactical communication systems, and electro-optical systems, with a proven record to support the Indian Armed Forces and other para-military forces in India.

Through its comprehensive ecosystem of Tier I & Tier II capabilities across the defense supply chain, Adani is well-positioned to facilitate the integration of larger platforms.

It follows a three-step ideology:

MKU, formerly known as M Kumar Udyog, was established in 1985. Soon, it became the largest manufacturer and supplier of ‘Fibreglass helmets and Snow boots’ to the Indian Army. It was the first company to develop and manufacture lightweight composite armor outside the US and Europe. It secured its first international contract of body armor for the Spanish Army. In 2008, it ventured into platform protection by acquiring AST, GmbH, a German company with expertise in the domain. In 2016, it diversified into Soldier Optronics, and within a few years, it developed comprehensive technology in-house. In 2019, it launched its first set of night vision devices and has since then launched various night vision and thermal weapon sights, monocular, Biocular, and handheld devices.

In the past three decades, it has expanded its customer footprint to over 100 countries globally and has serviced over 230 forces to date. It has established a global network of over 50 channel partners that serve customers locally. It has empowered over 3 million soldiers and armored over 3000 platforms. Its rich experience and deep understanding of the requirements and challenges faced by soldiers in the line of duty, coupled with extensive R&D, give it the necessary expertise and authority to successfully design, develop, and deliver solutions that empower defense forces around the world. 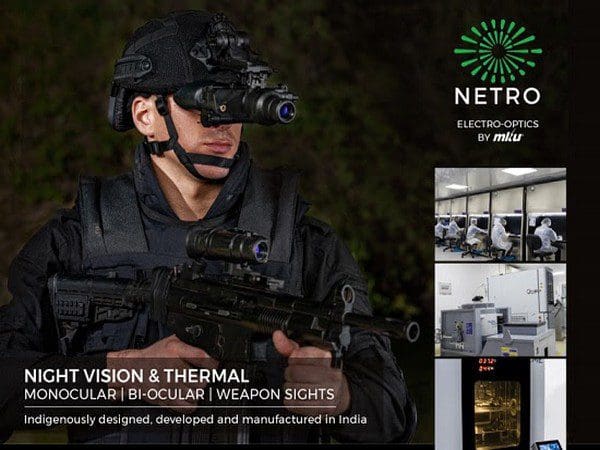 It creates and develops innovative armoring solutions for air, naval, and land platforms. It offers end-to-end solutions from design, development, manufacturing, and integration of lightweight composite armor for platforms and vehicles. It is globally certified as per Aerospace Standard AS 9100:2009 and follows EN 9100 quality procedures. Optronic solutions from NETRO enable soldiers to achieve better situational awareness and target acquisition capabilities to help them make quick and effective decisions. It has ventured into a co-development agreement with Thales, France, to develop additional night vision systems that adopt newer technologies and incorporate smarter features to meet and exceed industry expectations. It secured the largest ever order for helmets from the Indian MoD (Ministry of Defence).