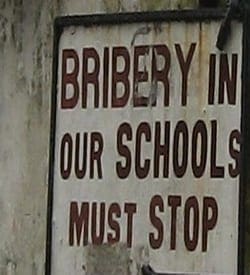 It’s a matter of great pride and honor for me to witness this day. Its just like a dream, I can’t really believe that I have been chosen as the new Prime Minister of this great nation. An enormous responsibility vests now on my shoulders, my only motive will be to revive the lost glory and to take this country to new heights.

Sir, it’s a great moment for this country, finally it has been blessed with a youth mind, which it had been striving since long, how’s the journey been? We at media and the entire nation are anxious to explore your past.

I never imagined, not even in my dreams… that I will enter into politics, will contest elections and will be standing here……never…. I was just an adolescent with an aim to become a teacher. I wanted to spread education and make the general masses aware regarding their rights and duties. In converting my dream to goal, I joined the Bachelor of Education course after my graduation in Economics.

A series of events occurred during my college life which developed in me, a spirit of hatred against this nation.

Sir, what were these events exactly?

They were not something which people are not familiar with. Those were events which we normally overlook, it happens in our day to day life. I scored well in my class twelve exams and was enthusiastic to join the medical college. At that time I dreamt of becoming a doctor. With tremendous hard work and zeal I gave my entrance test and scored marks which could have brought a stethoscope around my neck if I resided in some other country, but for this nation, I was not fit to be one.

Those who were financially capable ‘bought’ the seat and secured their future, while those who scored less, quota system came to their rescue. At that moment I was taken aback, my dream to become a doctor was crushed, I lost all hope.

Time tried to heal my wounds, I completed my graduation with Economics, moving ahead in life, my interest inclined towards teaching. As I was growing up, I noticed the presence of corruption in every corner. Earlier I used to convince myself considering a part of my fate, but when it started becoming so visible, my life began to change. I started becoming aggressive and my attitude towards corruption became unbearable.

Whether it was selling of mineral water above MRP at railway station or refusal by police officer to register a report, corruption became so evident. Our hard earned money kept on going in the pockets of ministers, who were the root cause behind this. Their long lists of promises become a passport to fool the innocent people.

I secured admission into another college keeping in mind my aim of becoming a teacher. I was allotted a room in the hostel. To my surprise, around midnight, a gang of hooligans gathered and pulled out all the new students and started thrashing for no reason at all. They kept on beating new students till they desired. They brought us out of the hostel, bribed the guard and took us to a tavern, and made us drink and took us to elevated deserted place, where we were told to jump down.

We couldn’t refuse or they would have killed us right there. In this incident I lost one of my dearest friend- Ramesh. He refused to follow their instruction and threatened to report the matter to police. They gathered around him, laughed, held him by collar and pushed him down from top of the hill. It had been a furious night, we all were terrified.

It kept on happening for a week. I came to know they were sons of powerful ministers, the law was their will. My capacity to tolerate injustice was at peak.

Next week we had few holidays and it was a perfect time to visit our homes. I went to the railway station to make my booking, it had been the hottest month of the year so I wanted to make my booking in advance. To my surprise the booking window had a long queue, they all were waiting for the booking counter to open. I checked my watch, it was neither the lunch time nor it was any time of tea break.

People were quietly standing in the line, tolerating injustice. I went inside and inquired the matter. The surprise that came was shocking, the lady replied, “I don’t feel like working, I am tired” This was height, I immediately asked for a complaint book and in return I got a slap from their supervisor with a threat to quietly stand in the queue.

I think that slap became the turning point in my life. It changed my life. I got agitated and rushed to the railway police. The honest policemen patiently heard the matter, and told me to follow. As I was following him, I got a tap on my shoulder, I turned to see who it was.

The gentleman who appeared in his mid forties instructed the police officer to write a complaint against the supervisor and himself became a witness in my case. He signed the witness column and told me that I was a brave boy and he needs youth like me to join him. He handed me his business card and invited me for a coffee in the evening.

In the evening, I went to his residence, it was a small hut with a single room. We chatted for a while and he disclosed who he was. He was a noble man who wanted to establish a political party. He convinced me that it was extremely necessary to enter into politics to reform it.

Ladies and Gentleman, the man needs no introduction, he is sitting right there, our party president, Mr. Viren Kapoor. From that day we both worked hard, traveled from length to breadth of the country and found youth with boiling blood. We were able to reform the society and its matter of great pleasure for us that our works were recognized by the general masses and brought us to this level.

It is really delightful that the country has finally chosen a new political party over such big names in the business. We would like to assure the people of this country that every stone will be unturned to make this country walk on the path of prosperity, we promise to eradicate corruption entirely from the grass root level to the top.

I would like to thank the people of this country again for choosing us and giving us the opportunity to serve you. The difference will be soon visible in the entire system and for this we are ready to work really hard.

Congratulations Sir for becoming the youngest prime minister of this nation. We have full trust in your ability. Good luck.

Mr. Prime Minster what a speech, I am amazed. I am sure the entire press and media will report really well about you.

Thanks Mr. Viren, the entire credit goes to you.

Thank you, thanks a lot….so how come you developed such a fine story?

Well, that’s an art of fooling people….Indians are really emotional, if you don’t tell them that you belonged to a poor family or faced numerous obstacles in life, they wont trust you.

That’s true. Did you learnt this during your studies in London?

Not exactly, what they teach there can never be implemented to woo Indian society, I leant this from movies in bollywood.

You are a funny man…come on now…we have to divide the fund we accumulated during elections……..