Roland Garros as the French Open is widely known as, is one of the four Grand Slams in the game of Lawn Tennis. The 124th edition of the tournament got underway under the “new normal” in the chill and dust of Paris, the love capital of the world. The 2020 edition is one of a kind. For the first time since the 1947 French Championships the tournament is not happening on the May – June schedule, all thanks (thanks?seriously?) to the ongoing COVID-19 pandemic. Let us stroll through to take a look at how this event is set to shake up our usual autumn habits in a positive way.

Gone are the days when rain and bad weather meant a cancellation of play. The most anticipated and striking feature is the metamorphosis of the Phillipe–Chartier court as it is now topped with a retractable roof. This new era of “Le Central” is a tribute to Roland Garros, a French war hero who also had a flirtatious relationship with the clouds. The fading light no longer signals the end of the play in the French capital courtesy the new floodlights due to which matches can continue late into the night.

Paris sports a completely different look in the Autumn. The surrounding buildings bounce off the light while the changing vegetation of the stadium indicates that Autumn has arrived. The golden glow and the faint aroma of chestnuts act as the icing on the cake. This edition of the Grand Slam will give us a chance to taste the brand new flavor of Roland Garros.

Who holds the Records?

We seldom hear records are meant to be broken, but, does this rule apply to the major stalwarts of the game?

Note: Post 1967 only prior to that only French Club members were allowed to compete.

Players who have pulled out of The French Open 2020

The French Open is one of the most popular tournaments across the world. Lawn tennis enthusiasts wait for a year to witness their favorite sportsperson in action to win the coveted La Coupe des Mousquetaires. Let us look at the major missing from this year’s play, breaking many hearts.

The Swiss maestro is the first name that pops on our minds. Roger sitting at the top with 20 majors in his life also had a great run into the semis last year but will be giving this year a miss. He will be going under the knife this year and will return not before than 2021. (Sorry to break this sad news to you folks).

The current No.1 and also the defending champion’s withdrawal raised a few eyebrows. She has cited the pandemic for her decision. She also added the lack of training to her reasons as well.

Another top seed has withdrawn herself from the tournament lest she comes in contact with the deadly COVID-19. The US Open winner feels it is not safe for the Japanese star also feels the time gap between US Open and French Open is not adequate.

The “bad boy” of Tennis, Kyrgios’ withdrawal came as a surprise to many. The Australian star is known to combat any kind of difficulties he faces, but he too pointed out COVID-19 as his reason for not playing. (Maybe his withdrawal has come as a sigh of relief, who knows?)

Players to look out for at the French Open 2020

These are just mere assumptions. Roland Garros has been the breeding grounds of major upsets and underdogs’ win. The 2020 tournament is an exception that will go down in Roland-Garros history and will be forever etched in our memories. 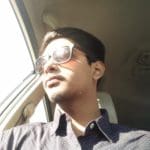 About the Author – Rajasik aka Raj is a sports freak but wait, cricket doesn’t come on his favorite list. He hails from the land of Maa, Maati, Maanush. He is always in for Football discussions and puns and komedy.