Cartoon Network never fails to produce the best in animated television. Since it was first piloted in 2005, Ben 10 has grown ever popular. An animated series, Ben 10 revolves around a 10-year-old kid who finds himself fighting and battling against evil aliens. He is not at a disadvantage mind as he has his friends at hand and the use of the Omnitrix as well. The Omnitrix is a device that looks a bit like a watch but is very deceiving in the simplicity of that description. It gives Ben the ability to morph into one of ten different alien forms and take on their appearance, voice, abilities and strength to defeat the missions that come with being a ten-year-old superhero. 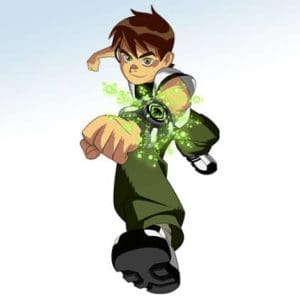 Ben 10 games are becoming a must have for kid’s and fans alike. So, for those Ben 10 fans out there, there is even more to keep you entertained until the next series begins. This entertainment comes in the form of free Ben 10 games; a gift from Cartoon Network to keep the viewer entertained between series and the online gamer challenged. There are plenty of games to choose from and sure to be something to suit everyone for hours of entertainment.

There are games that give the gamer a chance to know what it’s like to be Ben 10, in his chaotic, superhero world. When Ben is in battles against the evil aliens; the gamer can learn how to master each alien that Ben morphs into in Battle Ready. Change into the different aliens and help Ben though dangerous times and evil enemies in Cavern Run. Take on the adventures with Upchuck Unleashed.  From space battle, to dressing up, or launching fire balls at your enemies; there’s a ton of games to choose from to suit any gamers preferences.

For those interested in card games; even you can get your Ben 10 fix whilst combining the two. Or, if you’re a humble platform game lover, Ben 10 Savage Pursuit offers just that with the best bits from the series included for gaming heaven. The game offers you (Ben 10) the ability to change into the different aliens and even use their individual super abilities while fighting the evil side of the many species. You can find vintage games with a new lease of life with the adventurous Ben 10 twist in Blockage Blitz.

Gamers also have the ability to rate the games they play to give others an idea of what people think before they try! Although, as they are free for all, there is no reason you can’t just try them all anyway and decide which ones you like the best! Send the games you like the most straight to your friends with the click of a button so they can enjoy them too. You can even choose how and where to play free Ben 10 games. Play online, on your mobile or on your iPad. Modern technology is finding more ways for you to enjoy the best gaming experience which means you can play on the move as well…