Why Are Armenia and Azerbaijan having such a ferocious clash again?

The two were once part of a bigger country, though for a very very short time, called the Transcaucasian Federation between 22nd April & 18th May 1918.

In the aftermath of World War I, Armenia, Georgia, and Azerbaijan were new divisions of the country, integrated into the Soviet Union. Within Azerbaijan, the USSR created an autonomous region for ethnic Armenians called Nagorno-Karabakh.

Some historians speculate that Joseph Stalin deliberately included this region in Azerbaijan to appease Turkey hoping that one day the country would become communist. Widely acknowledged that this decision was a part of Stalin’s “divide and rule” strategy, thus ensuring Armenian cooperation with the Soviet Union. During the Soviet era, Nagorno-Karabakh made several attempts to unite with Armenia as their population was by and large ethnically Armenian under the control of Azerbaijan’s authorities.

Seeing the gradual collapse of the Soviet Union in the late 1980s, Nagorno-Karabakh held a referendum declaring itself a sovereign state. Nonetheless, Azerbaijan openly rejected their status, leading to a six-year war (1988-1994) between the two counties. Hundreds of Armenians fled to Azerbaijan and vice-versa. Both parties accused the other of ethnic cleansing and mutilation. An estimated 30,000 people lost their lives.

By 1994 Nagorno-Karabakh was in the hands of the Armenian forces leaving Azerbaijan about 15% smaller. After a Russian brokered ceasefire in May that same year, the war officially ended, and Nagorno-Karabakh claimed de facto independence. But despite the truce sporadic, violence aroused between the two countries, and Nagorno- Karabakh continues to be a highly-disputed area and the crux of their modern feud.

Ironically as a majority Christian country, Armenia is supported by Russia and much of the West including, the USA. Azerbaijan, on the other hand, enjoys close ties with Turkey as both have ethnic Turks, and a majority Muslim population. Turkey is at loggerheads with Armenia since the Ottoman rule.

What is the Issue now?

On Monday morning, a fight erupted between Armenia and Azerbaijan over the region of Nagorno-Karabakh. This fight resulted in the death of 16 people, and more than 100 were wounded, found in the Nagorno-Karabakh region. They have also reported having shot down four Azeri helicopters, 36 tanks, and armored personnel vehicles according to the Armenpress news agency.

Armenia has noted that two Azerbaijani helicopters shot down and three tanks hit by artillery. However, Azerbaijan’s defense minister denies the statement. Azerbaijan has also confirmed the loss of one helicopter at its end, fortunately having the cabin crew safe. It also states that it has destroyed twelve Armenian air defense systems, it again denies any other losses.

Also that day, the Nagorno-Karabakh region witnessed shelling in the capital city, Stepanakert, and the Martakert and Martuni areas. Armenian Defence Ministry also claimed that the shelling hit the territory around the Vardenis area.

Azerbaijan further confesses that 26 civilians were injured in Armenian shelling, accusing Armenia of targeting densely populated areas. It reported that five members of the same family got killed in the shelling.

Artur Sarkisian, the deputy head of the Nargono-Kabakh army, spoke about the number of loss of the people to the shelling. There was still uncertainty regarding the inclusion of civilians and soldiers in the number of people dead.

Even the Armenian human rights department identified that a woman and child had reported being dead in the shelling. However, the casualties mentioned by Armenia and Azerbaijan are not independently verified.

The reason for the start of the fight is still unclear but noted to be the heaviest of the clashes since July.

What do Armenia and Azerbaijan have to Say about this?

In a television address to the country, President Ilham Aliyev said, “There are losses among the Azerbaijani forces and the civilian population as a result of the Armenian bombardment.”He also mentioned, “Many units of the enemy’s military equipment have been destroyed.” He also quoted Joseph Stalin saying “We defend our territory, our cause is right!”

In support of Azerbaijan, Turkey, the greatest ally has openly spoken about its support for Azerbaijan.  On Monday, Turkey President Recep Tayyip Erdogan said Armenia must immediately end the “occupation” of the region, which according to him would end the long crisis.

In support of his country, the Armenian Prime Minister tweeted, “We stay strong next to our army to protect our motherland from Azeri invasion.”

Azerbaijan has launched a missile & aerial attack against #Artsakh. Peaceful settlements including #Stepanakert have been attacked. Armenian side has shot down 2 helicopters & 3 UAVs, destroyed 3 tanks. We stay strong next to our army to protect our motherland from Azeri invasion

Later in a BBC interview, Armenian Foreign Minister Zohrab Mnatsakanyan accused Azerbaijan of sabotaging a peaceful settlement to the conflict and insisted Armenia must defend the region.

Armenia then has also accused Turkey of providing direct military support for Azerbaijan. It was later claimed falsely by Azerbaijan. As of now, both Armenia and Nagorno-Karabakh declared martial law and military mobilization. Also, Azerbaijan imposed military rule and a curfew in large cities.

Azerbaijan has vowed to take back the territory, by force if necessary. Armenia promised to do the needful to defend the area.

What the World is Saying about this Armenia and Azerbaijan Conflict?

From the grim atmosphere in the regions, Olesya Vartanyan of the International Crisis Group remarked, “We are a step away from a large-scale war.”  “One of the main reasons for the current escalation is a lack of any proactive international mediation between the sides for weeks,” she added.

President Donald Trump said on Sunday the United States said they hoped to look into ending the violence. “We’re looking at it very strongly,” he told. “We have a lot of good relationships in that area. We’ll see if we can stop it.”

The US Democratic presidential candidate and former Vice President Joe Biden urged Russia to stop cynically providing arms to both sides. He also called for the Trump administration to have more observers along with the cease-fire line because hostilities could escalate into a wider conflict.

From the UN, Secretary-General Antonio Guterres said he was “extremely concerned”. He hoped for both the regions to stop fighting. Also, Russias’ foreign minister held meetings with both regions regarding the conflicts. France, which has a large Armenian community, called for a cease-fire. Iran offered to broker peace talks. It borders both Armenia and Azerbaijan.

The Pope from the Vatican prayed for peace among the two nations. Along with the European Union, the Organization for Security and Cooperation in Europe, the Pope also persuaded both sides to stop military actions and have peaceful negotiations.

So what happens Now?

Russia, France, and the US co-chair the Organization for Security and Co-operation in Europe’s Minsk Group, which has been attempting to broker an end to the dispute. The clash can lead to unrest in the region where people are already struggling from the chaos created by pandemic

The article is compiled from the following media sources: 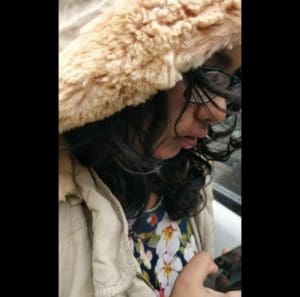 About the Writer – Aditi is selectively extrovert. Is busy daydreaming and obsessing over the sky. Can be found crushing over fictional characters while listening to Taylor Swift. Will say something awkward once in a while, otherwise, she’s pretty awesome. You could easily find her in a crowded room, she has the liveliest laugh.