As you can see from the title this is the story of Chathan. But not that Chathan who is supposed to be a ghost. This Chathan is my friend who was named so while in MIT Manipal by our friends. In fact if I tell his real name nobody will remember him.During his days in the college he made lot of friends and surprisingly each and every person who was close to him had at least one incident to narrate when his name was mentioned. I too have a story or rather an incident involving him, to tell you. That is my Chathan story. 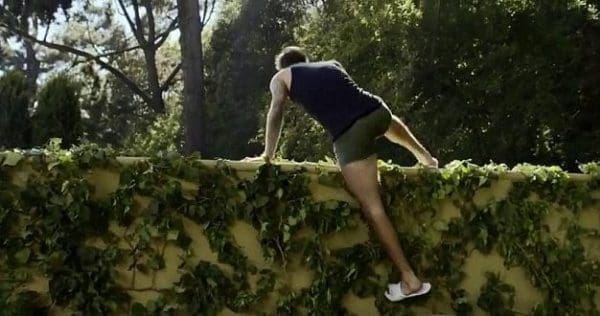 Chathan was my room mate and classmate at MIT Manipal. He was tall and handsome and he used to move around on a Royal Enfield bike which was almost half his age. As far as I know he was the only guy during our days to whom two young ladies of the nearby college proposed. He never met those girls afterwards, that is another thing.

When we were in our final year in Engineering college we decided to stay in a house away from the college campus. Couple of other guys also were there with us. Since we were away from the campus we never had to worry about our Professors walking in the middle of the night to check the room. So almost everyday somebody will visit us and arrange a party on their own. Even though we used to like it and join the parties whole heartedly, we used to regulate our friends from the campus coming in during the exam time. Once the exam dates come closer we guys used to change our attitudes completely.

Our neighbours used to pray that throughout the year we students should have examinations so that they can have peace of mind. During the days there used to be hardly any noise from our house. All of us avoided the regular shave, stopped wearing colourful clothes and used to look like real down to earth guys. Even while sleeping we used to keep our books nearby and most of the times we used to go to sleep while reading. All that was taught in the class has to be learned during that short period!

When we went out, we were very polite and used to ride our bikes slowly. In short we were someone else during the examination days. For the final year examinations, we worked very hard and were looking forward to the day we finish our examinations, to celebrate.

On the first day of exam our man Chathan said he would be coming with me on my bike since his bike was giving some starting trouble. But when he was about to sit behind my bike, he noticed that he hasn’t taken a ruler which was very much required. Since he didn’t have a ruler with him he asked me to wait and went to the next house by jumping over the half wall between the houses. Within a couple of minutes he came back from the other house, again by jumping over the wall, with a plastic ruler in his hand. We then went to the college to appear for the exam. That day’s paper was an easy one and all of us did very well. After the exam we came back from the college and as soon as we reached home Chathan went to the next house to return the ruler.

When I was about to leave for the second paper Chathan said he would come with me and asked me to wait. On that day also he went to the next house by jumping over the wall and got the ruler and came back. The paper again was an easy one and everyone was happy. On the day of our third paper which is known as the toughest Chathan told me that he would not be taking his bike, but as usual he would coming with me. When he came to my bike I saw the ruler in his hand along with other things. But when we were about to leave he asked me to stop the bike.

When I stopped the bike he got down went to the half wall and jumped over to the next house. He stood there for a moment and then jumped back. He then came towards me and without saying anything sat behind my bike. I wondered what all that was about!. Even though he jumped over the wall he didn’t call our neighbour or take anything from there. I asked him why he did that? The polite answer he gave me was,”For all the previous exams I used to jump over that wall twice and the papers were very easy. For today’s paper I don’t want to take a chance”. I wanted to laugh aloud but then, I never used to laugh before exams, so why take a chance!

After all we are going to be technical people and should always look for the technical details!