First experiences make wonderful memories, for better or  for worse. My first year at Manipal was full of firsts and about a year ago, it was time for my first Holi in India. I saw some throwback photos that my seniors had put up from the previous Holi and noticed that they were by a river bank, Swarna river.  I decided that I would go to the river as well. I had no idea about the events that were going to unfold.

I went down to tiger circle and purchased some Holi colours and pichkaris. I imagined my friends and I dancing to ‘Balam pichkari‘ and I could not wait to start the celebrations. I read a few blogs to prepare myself. They all talked about rubbing some oil on yourself so you can wash off the colours easily, painting your nails and oiling your hair. I did it all. Believe me, no matter how ‘good quality’ colours you purchase, nothing is going to come off before three days.

Finally, it was time for Holi. I pulled out a pair of old-looking clothes from my wardrobe and was all set. My classmates had planned to meet in KMC greens to play and I headed there, all excited. In sometime my friends showed up and we begun playing with the colours. Someone discovered a water tap and soon everyone got wet. We had buckets of water, with MUD and colour poured on us. It was insane, but it was fun. After a while we were told not to use the water as it was probably sewage or dirty. I don’t know if that was true, but everyone stopped. Between all the playing I was convincing people to go to Swarna river. That was the first time, I had managed to magically convince about twenty people to do something which we later went to regret. We had played Holi for about three hours and everyone was exhausted. Some people spoke of going to MIT but all I wanted to do was to wash off the colours and get some lunch. We started walking to Endpoint. That was my mistake. I had read all Holi tips I could get my hands on but I had not done enough research on Swarna river. All I knew was that we had to hike down from Endpoint. So I led my team to Endpoint. The weird thing was that we had one senior with us and he did not warn us or tell us about the ‘other road’ which we later came to discover. Imagine a bunch of people walking on an endless road at noon on a hot summer day. Most of the gang, including me, was exhausted with just the walk to end point because it was extremely hot and we had no water. As it was my plan, I did not want it to fail and so I insisted on going down the trek from endpoint.

After around fifteen minutes, which seemed like forever, we finally arrived to the Swarna river. Some of my friends had cuts and bruises, someone’s shoes were damaged and all of us got sunburned. The water felt cool against our wounds. The superficial colour came off. Yes, superficial because Holi colours go deep! In a few minutes I saw a bunch of my college seniors come to the same river with bikes and my jaw dropped. It was then that I realized that there was a tarmac road coming down to the Swarna river. The journey was not yet over. We had to go back to civilization and in our energy deprived, sun burnt state that felt like an episode of Man vs  Wild. We started walking back on the never-ending road. It might have been a two kilometers walk, but the inclination and the heat made it all extremely difficult. Some of us were lucky to get a ride half way back when we begged a truck driver to take us to a main road. I took an auto from there and came back to the hostel. I drank a lot of water and took a long bath, but the colors stayed. The next day we had a presentation and we looked like a bunch of clowns in our colored skin and unprepared state.

After receiving some scolding over the phone from my father who was worried that I would have gotten infected from the river water, I realized that the Holi of 2014 was the silliest thing I had done in my life so far. Despite loving the medical campus of Manipal, I would suggest everyone to play their Holi at MIT, where a sure water source and music is ensured. Despite everything that I did that day, I was proud of three things in the end. First, that I convinced a bunch of people to go with me. Second, that I ended up at the Swarna river which was my original plan no matter which route  I took. And third, that my camera survived a Holi in India. I had read about taking it in an airtight, resealable plastic bag. I did not do so, but somehow my camera endured the torture and continues to work. I don’t have Holi plans this year, but I am sure to play Holi in Manipal once again before I graduate. For all of you who will be shouting ‘Bura na mano Holi Hai‘ and coloring each other, have a very Happy Holi! 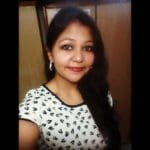 Author Bio – Nishma Khetia is a 2nd  Year student at Manipal College of Pharmaceutical Sciences. She is a Gujarati from Dar-es-salaam, Tanzania. She has grown to love photography. She also enjoys traveling, reading and college activities. You can contact her on her Facebook account or follow her on Instagram. You can also visit her photography page The Shutterbug Life.