“But a mouth is always muzzled by the food it eats to live.” – Martin Carter, Poems of Succession.

I am muzzled. Not that I cannot talk, but I am unable to say the things that I want to say in the way that I would like to say them, so my speech comes out somewhat muffled. Life is like that. It isn’t that there is something wrong with me, but I suspect that there is something wrong with what I have been fed, and when I look around, I see all kinds of people suffering from a similar problem. I should explain.

Recently, I have been fed with the idea that the world is made up of two groups of people – “us” and “them”. It has been rammed down my throat, and the throats of millions, or perhaps billions of others that one has to fit into either of these two groups, and these groups are in opposition. This opposition is not simply one where there is a disagreement over a single issue, but these groups are as fundamentally opposite as day and night, black and white, good and evil. 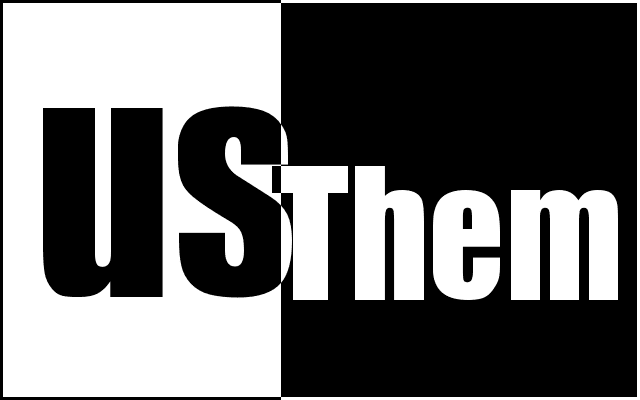 If that kind of polarity does not dominate your thinking, then tough! If you want to continue eating, you had better shut up, chew and swallow. In the final analysis, there is only “them” and “us”, so you ought to decide where one fits in, and if you cannot decide, it will apparently be decided for you. These are the options given.

To me, it is all very fine to divide the world into “them” and “us” for whatever purposes seem in one’s own interests, but I have to ask – what about me? Why can’t I be allowed to distance myself from either group and take note of the “them” in the “us” and the “us” in the “them”? Are people really so different that they can be said to be on opposite ends of the pole? Can either party be unquestionably labelled “the good guys” or “the bad guys”? Of course not – at least not to me, anyway.

What is interesting about “us” and “them” is that it depends on who is speaking at the time. I try to remember that 99.9 per cent of what is presented before me on my plate comes from one party, so “us” and “them” hardly shift meanings, giving it the appearance that the qualities possessed by each are separate and distinct for each other, logically resulting in the two parties standing in a relationship of total opposition with each other. I wonder what I would think if, in addition to what I already have, I was presented with a full plate of what the other party had to offer? I think only then would I be able to make a more informed assessment of whether “us” and “them” are as different as “us” claims they are. Someone told me last week that academics, such as myself, like to make simple things complicated. I disagreed. I believe that, to a large extent, we like to make complicated things simple.

Since what I have been fed does not agree with me, I have decided to spit it out, come what may. I know of some others who have done similarly, but it seems as though there are more people who are either unwilling or unable to do so. Maybe it is like an addiction – you can’t break away from it because you are so conditioned and accustomed to it.

However, that way of thinking is not the only thing that people are trying to stuff me with. I would go on and talk about other things, but if I continue with these mouthfuls, I might choke.