Even though the APPLE iPhone 6 is yet to be released, users all over the world have already started searching for its features, specifications, and more enthusiastically its design. It is quite funny how obsessed people are with apple products and most especially with its iPhone.You can find some good refurbished iPhones on this website.

Below are some of the features that are rumored to be contained in apple iPhone: 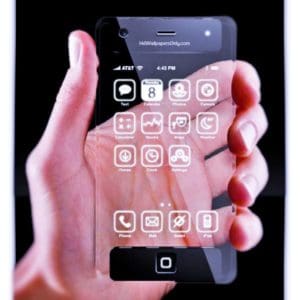 Apple Company has been widely known for its top quality display and so everyone is eagerly waiting to see how iPhone 6 will display. It is said that this iPhone will feature a 4.8 inches display with a resolution of 1,920 times 1, 080 resolution or even more.

It is also believed to come with Retina+IGZO display with complete HD resolution. It will use this technology because it is intended to use limited power and is also thinner.

Double core A6 is known to be the current operating system of apple phones. However, if the rumors going round are confirmed to be true, then this phone will have a QUAD core A7. This is for user to be using it at its best efficiency and optimum power.

These phone systems will have a core based on ARM cortex A-15, which means if one is executing low intensive tasks then one will only need a low power core and the one using high intensive task will need to use power core so that he/she can save battery life..

This technology manufactures a super sensitive touch screen that will make it possible to operate even when wearing gloves. Its sensitivity is said to be 8 times higher than the existing ones.

Iphone6 connectivity options are rumored to be:

P-Si LCD is the next generation display technology that was developed by sharp. It stands for Poly silicon Liquid Crystal Display. It has a number of advancements and new features that will probably feature in iPhone 6. The screen will be made thinner and lighter and will be consuming less battery power compared to current LCD technologies.

There is a possibility that Iphone 6 will feature a built in projector facility that will enable a user to project a video or an image on a flat surface in a short distance. Apple is said to have worked on a Pico-like projector for iOS devices and how these projectors that will work with a shared workspace in a presentation. This includes advanced gestures that will have the capability to interpreted shadow and silhouette gesturing associated with presentation in a darker place.

Apple has been experimenting with new features that will enable the user to charge the phone wireless. With the current popularity of inductive charging which uses electro-magnetic to wireless charge a device; this will come as a surprise to all. There are few phones in the market experimenting this already but iPhone 6 will come in an awesome way.

Well, no matter when iPhone 6 will be released, it is certainly going to blow people’s minds by offering the greatest experience to its users, with some of the world’s greatest and outstanding technology. Apple phone systems have always been awesome and people are expecting more from iPhone 6. Until then, let the crazy and amazing talks about iPhone 6 continue booming!