An unknown dark side of your loving friend, when strikes on you like the untold lightning, you recoil in repugnance. How a drug for cure could turn into a curse too. When you learn about a young man drop dead on his dinner table, little do you realize the darker secret behind the episode? The dread that they are mere pain-killer.

The self-realization for the tall dark handsome man earning heavy salary in a metropolitan city, happily married to a pretty girl, when it came striking, he had missed his bus. All the life’s goals vanished as he drowned himself in heaps of those cursed drugs that were once prescribed to him by a doctor for mere pain. Diverted drug as it is labelled rightly, crept on him from 2 to 20 pills in the waking hours of a day. The journey of an addict had begun. Was the medicine a cure or a curse? A few years then rolled on with hardly anybody being in light about his new roller-coaster life. Yes, his love for his mistress. When the matter did get exposed with all eyes on him,  his eyes were worn. He was lost. His mind crouched in corner with thoughts of guilt, dreaded feeling of loosing life. Yet, not withdrawn. Putting up a brave face yet unfortunately impossibly able to recover off the seductive addiction of drugs, one night it all ended on this dinner table. ” I think I will die, after taking 40 pills today” was what he told few minutes before he threw out a bad puke, collapsed on lap of his wailing wife. His sudden pulse drop bid good-bye to the this god particle world as his eyes saw the end. He saw himself pushing through the finishing line of his life as he lay on his wife’s lap and narrated why he had to leave her. Those drooling eyes will haunt her for life, but she has a request to the outer world. There is no Proxy for fun. The temporary joy those drugs give are the ones that turn into tormentor for the family of the deceased.

A drug that once relieved a minor joint pain a decade before and gradually grew upon him till it took toll of life breath.

Man is an easy bait to seductive “diverted” medications and formulated drugs. The “habit-forming” nature of the human brain elopes to it, yet not very easily perhaps. A Statutory warning calls for it. Lets say no, not just for PROXY VON but to all the diverted drugs. This is one such medicine which has been withdrawn from the market in many of the countries including the America.

What: Is a medicine that is “prescribed” for acute  muscle pain; bowel disorders. It reduces cramps of the gastric-intestinal tract. 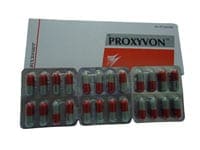 It is a non steroidal anti-inflammatory used to treat pain and swelling, with an additional element to help prevent stomach irritation and ulceration.

It was not the sweet suicide shortcut called Proxy Von that caused his death. It was not  addiction too. It is the lack of awareness in the era of education, era of the god particle discovery, that there is almost no human immune to it. It is an epidemic curse in the society which demands awareness to act before it creeps; or to curb it as it’s nearness is felt.

Can one friend lost stop us from losing some more?

About the Author: Sushma Harish Baliga, Once a shy girl of Manipal is an Engineer by profession and Writer by passion. Visit her Website: SUSHMA’S PAGE: “Thoughts are shadows of feelings and Life a reflection of it”
About Guest Blogger 1198 Articles
This post was written by a guest contributor. Please see their details in the post above. If you'd like to guest post for ManipalBlog check out our Write for ManipalBlog page for details about how YOU can share your thoughts with our readers.
Website