The days leading up to the 22nd and the 23rd of January of this year saw something very new brewing inside the School of Management building inside the MIT Campus of MAHE. The hustle was all about ‘Eminence 2k19’, the official fest of the School of Management which was conducted inside the college premises on the 22nd and 23rd of January respectively. The most exciting fact about this fest was that, this was the first time after a gap of almost 6-7 years that such a management fest was carried out in the SOM, which was made possible by the continuous effort and hard work of the students who were responsible for making sure that there were no hiccups this time. 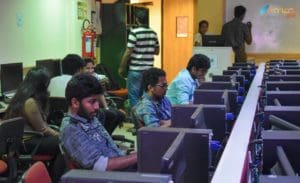 Since this fest was organized after such a long gap, the organizers thought of keeping it an intra-college affair only with plans of scaling up to a bigger extent when it is held next year and maybe also get other colleges involved in it. The events were divided amongst and grouped under each specialization that is provided in the School of Management, namely Human Resources, Marketing, Operations, Finance, and Healthcare specialization. Each category or specialization had their own unique events and one of the main flagship events which were a part of the fest was called ‘The Best Manager’, in which the participants were made to showcase their skills in each of these fields and specializations and there was a big battle of wits to earn the crown of being the Best Manager. While each of the events of the other categories had their predefined six rounds of engagement, the Best Manager event even had additional rounds such as night assignments and various such things in order to make the competition tougher and to simulate scenarios which managers have to face in their professional lives. 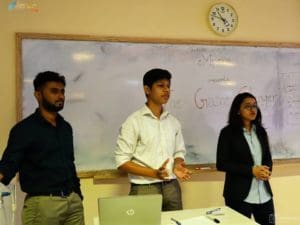 The events which fell under their respective specialization had a mandatory round of quizzing about the various aspects of their field and then various further rounds were established to judge the various skills such as team building, problem-solving, crisis management and many other things. There were also interesting events such as ‘Flip Debates’, in which the two sides in the debate were given a controversial topic from the real world and were asked to perform their respective roles given to them. However, the major twist was that they were asked to switch their sides on any random occasion in the middle of the debate, and then continue speaking, making it the ultimate test of communication skills and having the complete knowledge of the subject. The list of interesting events didn’t stop here as the flagship event of ‘The Best Manager’ had rounds such as ‘Scammer’, where the participants were given a scenario where they have overutilized or overspent the number of resources given to them, and now they had to justify this scam by all means known to the world of management. The final round of this event raised the stakes even higher, in an event called ‘The Heart- attack grill’, and yes this is regarding the same as the infamous restaurant in Las Vegas, USA. In this round, the judges were from outside the college and the finalists had to assume the role as the person in charge of this franchise. Amongst backlashes from all around which included media, healthcare institutes, and even human rights groups in some cases, the participant had to defend the cause that the restaurant serves and answer the question as to why it should not be shut down, by keeping each accusation in mind. 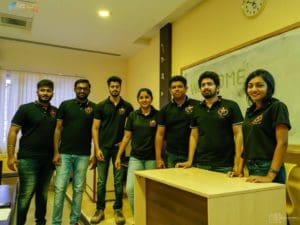 The fest saw a big number of participants from within the college. “Even though it was an intra-college affair, it was very difficult for us to make this whole thing happen as the whole organizing team had no previous experience of running an event such as this”, said Mithun Mohan, the organizing executive of the fest, “We created stuff like our own memes and gifs to increase the hype for the fest. Also just a couple of days prior to the events, we had our annual day, so the whole college was in a very active and festive mood.” The organizing committee was very thankful of the support that was shown by the students and the faculty members of the college and also one man in particular, “The main person who was the reason behind the success of the event was our very own director, Dr. Raveendranath Nayak,” said Mithun, “He was always like, do whatever you want to do and you have my full support. So it was the perfect mix of both students and the faculty members that made it a success and I hope that it will remain so in the coming years also”. The fest culminated with a special ceremony which had performances by the students and the prize distribution was done. This was how the School of Management had a successful fest after a long period of time.