Latest on ManipalBlog
In this article hide
1) What is the Male Gaze?
2) Indian Mythology and Male Gaze
2.1) The Disrobing of Draupadi
3) Continuing the Discourse to Present
3.1) What is the Future of this Discourse?

What is the Male Gaze?

According to the simple feminist theory, the male gaze refers to having a point of view for everyone/everything from a masculine, and heterosexual perspective that often tends to represent women as an object rather than them having an independent perspective or point of view. This object can be sexual, racist, or sometimes both.

I have often heard a lot of men (within my social circle and family) ask me: “Why is that you women have so much pent up anger within you?” I have never been offended or felt disregarded by such questions because I think it is better to be curious about such occurrences rather than keeping yourself completely detached.

In this article; I will summarize, why is it that all of us collectively “need” to confront the male gaze? We definitely have started working towards it but there is still a lot more to work on.

It is paramount for us to understand that male dominance has been a part of our everyday lives since the inception of time. For centuries together, women have been comprehended through the “eyes of a man”. Most of the genius records held by the women pioneers were mostly recorded in the names of their husbands, fathers, or brothers for the legacy to continue in a man’s name.

I want to emphasize the over-sexualization of Draupadi in Mahabharata literature. The Pandavas and Kauravas were two families that were related. Draupadi was the daughter in law in the Pandava clan and Duryodhana was the eldest brother from the Kaurava clan. It happened to be that Draupadi was put at stake by her husband, Yudhishthir. It was a simple dice game. We can say that these events were a series of coincidences but Yudhishthir did end up losing this big gamble. Now many people have many perspectives about this event.

A simple perspective that I shall put out here will be that this, unfortunately, proves the concept of the Male Gaze. This doesn’t imply in the literal sense but more on a psychological level. Yudhisthir held his wife as his property. He held her as a sexualized object, and if you know Mahabharata mythology enough, you will know why she was constantly hyper-sexualized.

This brings me to the “literal” part of this mythological depiction.

The Pandava brothers were taken aback at first and convinced Draupadi that no matter what, she shall not be subjected to any form of punishment or abuse by the Kauravas. They did not tell her this because they cared about her, or maybe they did but a major part of this whole dilemma was that losing the clan’s daughter-in-law was equivalent to giving up a chunk of land or a form of power that the men possessed.

Draupadi was smart, clever and she understood the subliminal meanings behind every action. She was a pioneer of that particular era. It is said that she possessed skills that were beyond the brothers of the Pandava clan.

She suggested that instead of punishing Duryodhana, the one who set up the dice game, he should instead be stripped of all his weapons. This led to him falling into the pool on his way out and he heard some whispered touches of laughter. Draupadi obviously had a lot of pent-up anger and rage inside of her and at the moment she said to him “a blind man’s son is blind”.

The Disrobing of Draupadi

Duryodhana was angered and he almost wanted to kill Draupadi but instead, he thought of doing something more torturous. He wanted to insult and humiliate her in front of an audience. He felt that stripping a warrior man off his weapons is quite equivalent to stripping a woman off her clothes. Duryodhana attempted to humiliate her in the assembly hall in front of the entire Pandava clan by forcibly disrobing her saree.

It is said that Lord Krishna protected her from being completely disrobed by increasing the length of her saree every time Duryodhana attempted to disrobe her more.

However, why is it that none of the men from the Pandava clan attempted to save her from this atrocious humiliation? Why didn’t anyone stand up for her or even remotely question the wrongdoings in the Assembly Hall? Did they think she deserved it?

It was only Vikarana, from the Kaurava clan, who questioned the wrongdoing in the assembly hall but he was instantly shut down. Continuing the Discourse to Present

While we continue the conversations circling around the Male Gaze and why it is important to confront it, we need to understand the present scenario around it. We subconsciously still perceive many controversies from a male-heterosexual point of view. This happens candidly because if you may have noticed, most of our history books have been written and recorded by men and they present an ideology curve that is very one-sided.

During the Black Lives Matter Movement, the Naked Athena controversy took over the counter in Portland for a very long time. It had intersectional perspectives to it, one of them being, why is a white female protesting and deviating the Black Lives Matter protest to something else that it doesn’t stand for? Another perspective was that why did she have to go naked on the street for no reason at all?

There are a lot of counters to these questions but one of the foregrounding counters would be that she had a deep feminine instinct inside of her to want to confront the male gaze. Athena (Jen) is a sex worker who finds herself naked every single day and she feels it is very disheartening to find out that the “male gaze” could be this hypocritical. She believes that she wants to be proud of what she does and doesn’t want to feel humiliated because of her nudity.

Hence, it was her pent up anger that made her confront the male gaze. She was angry with the world. She wanted to put across a message that if she publicly presents her nude body peacefully, no one can subject her to the male gaze.

What is the Future of this Discourse?

Confrontation starts small. We did try to start small with books, papers, articles, journalism, etc. We did everything small. However, so many still went unnoticed. The most privileged households holding a series of educational degrees, subconsciously succumb to sexism and the onset of patriarchy is still very prominent. I am not wanting to tear down men. I only want equity with regard to shared voices and perceptions. If our confrontations don’t get noticed soon enough, we sure are looking at the next big revolution. 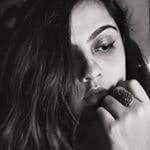 About the Author – Asmita Sen was born in Patiala but has lived in eleven different states. She hails from Kolkata, West Bengal. She started writing officially for magazines and newsletters since she was thirteen years old. She started journaling since she was twelve years old, and gradually dialed up to blogging. She is a part-time content writer and LGBTQ+ blogger. She is currently pursuing a Master’s in Media and Communications.