So the popular Waffle chain is opening its third branch in the city of Manipal on 9th August 4:30 pm, the first two being in Mangalore and Calicut, with their second store coming up in Mangalore in the upcoming month! We got the chance to go to their pre-opening tasting event today on 8th August, so I took along a photographer to cover the event.

Located right next to Hotel Sarah International, the store secured a quaint second-floor location that you’ve to reach by climbing a set of stairs located at the left side of the store. The place, still under construction looked a bit obscure at first, but the moment we reached the second floor, we could feel the aesthetic vibe coming from the store as the owner, Mr. Benson Varghese greeted us as he showed us in. 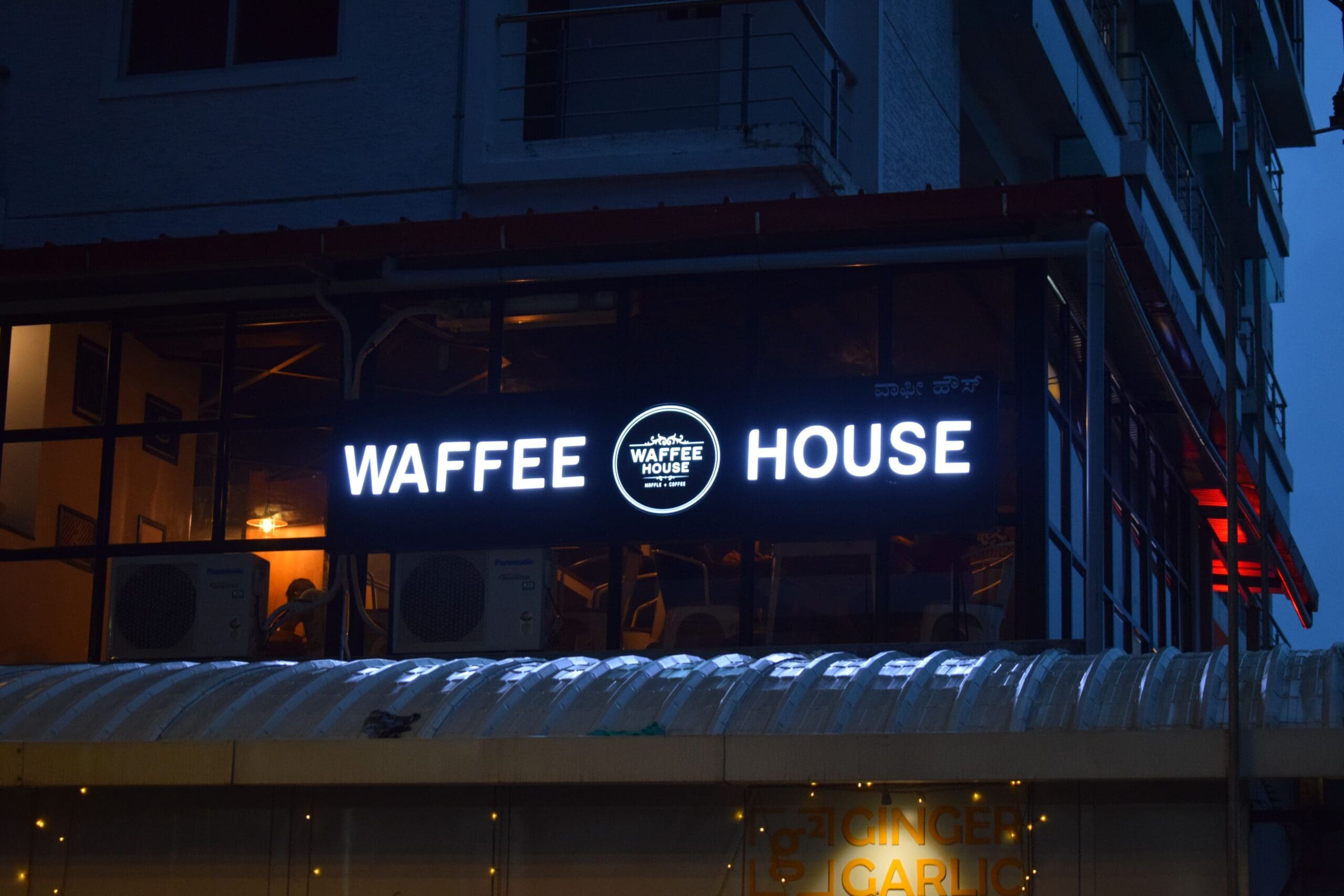 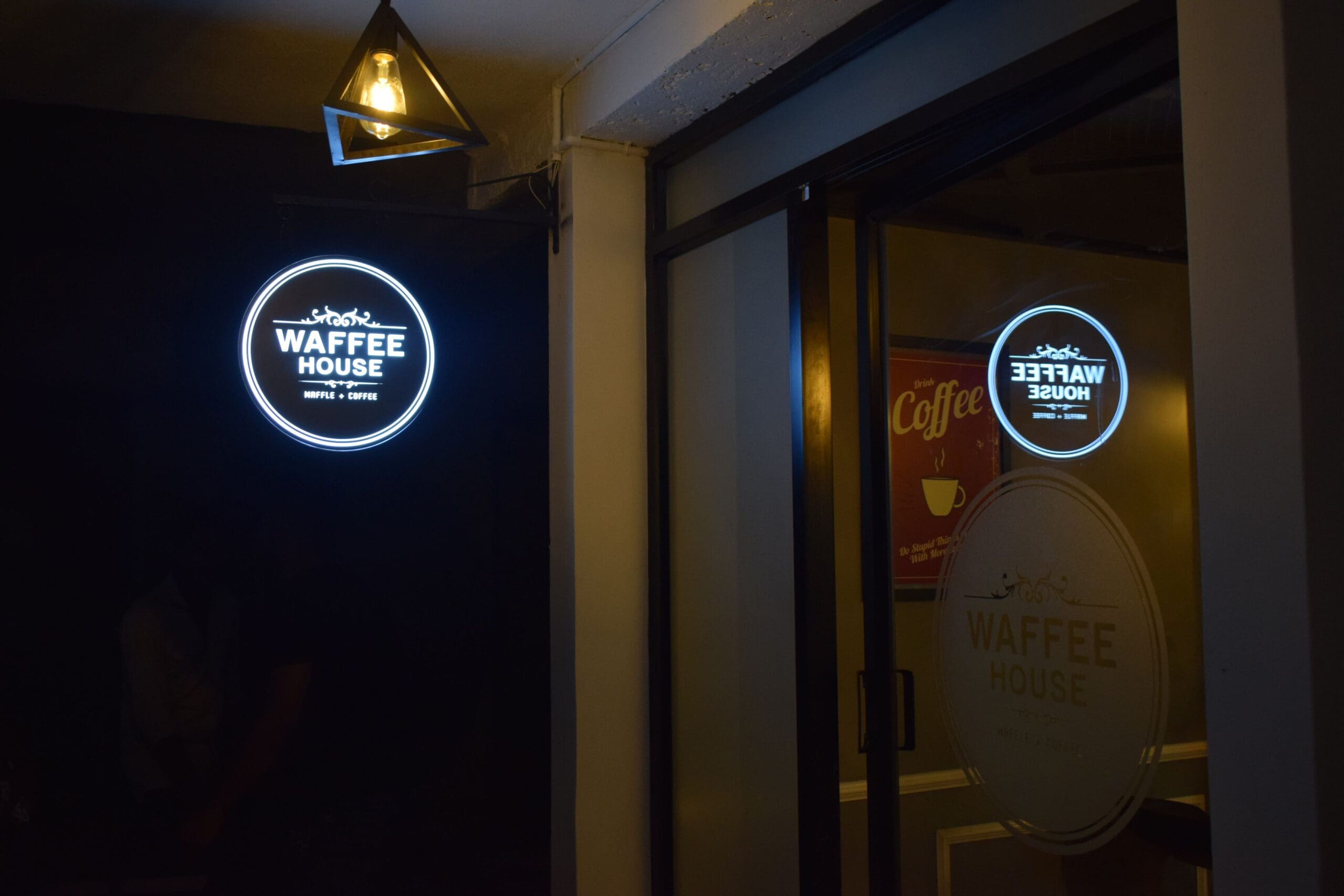 The place though small, could seat around 20 people and the staff around were extremely friendly. The place looked really hygienic with the napkins and hand sanitizer in order. Though currently all the furniture hasn’t been set yet, the ones already there are quite cozy. The atmosphere itself is pretty happening with some great pop songs always being played in the background. 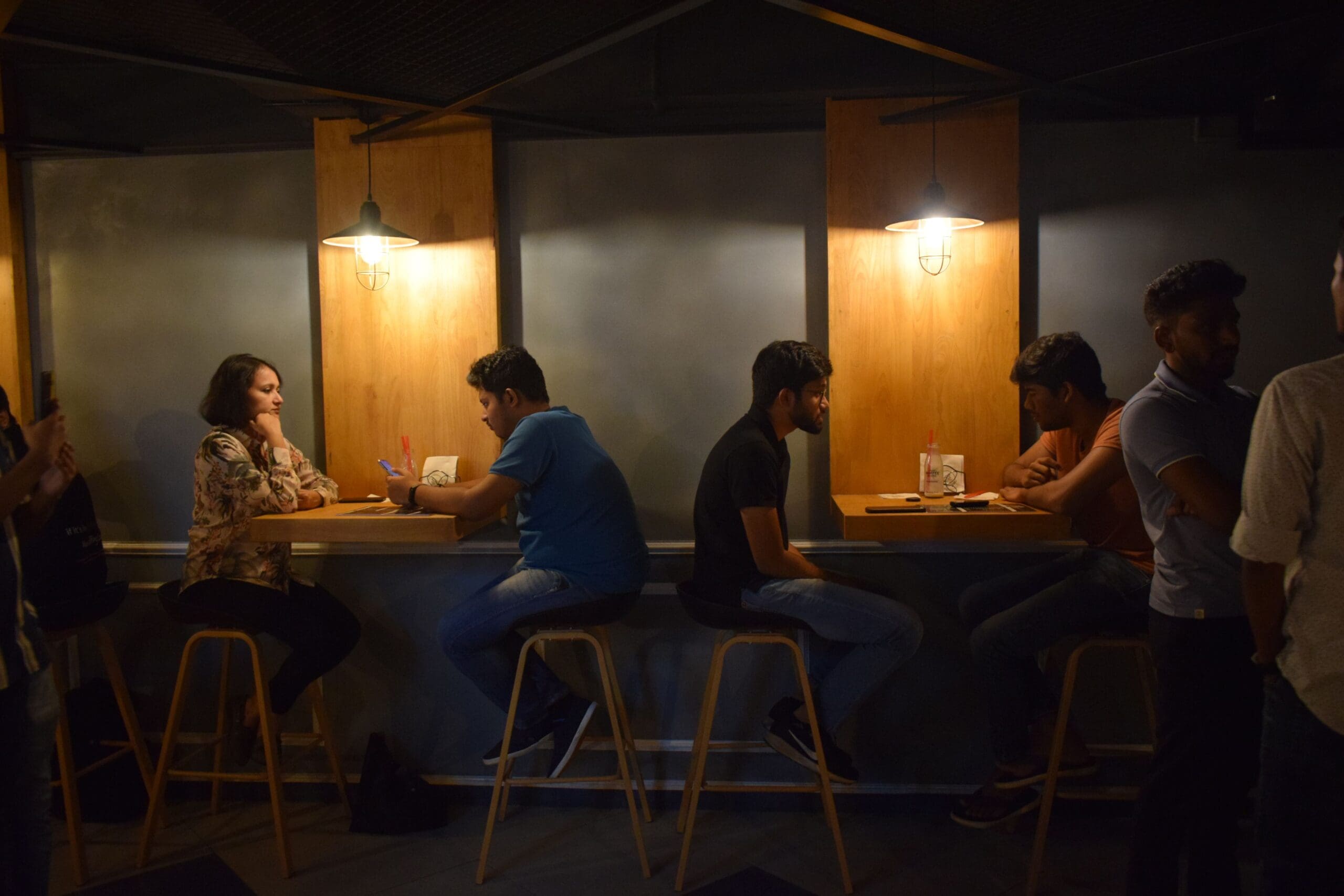 Coming to the menu, they have a great variety of items, and being a waffle place is obviously entirely vegetarian!

Uploaded a picture of the menu below. 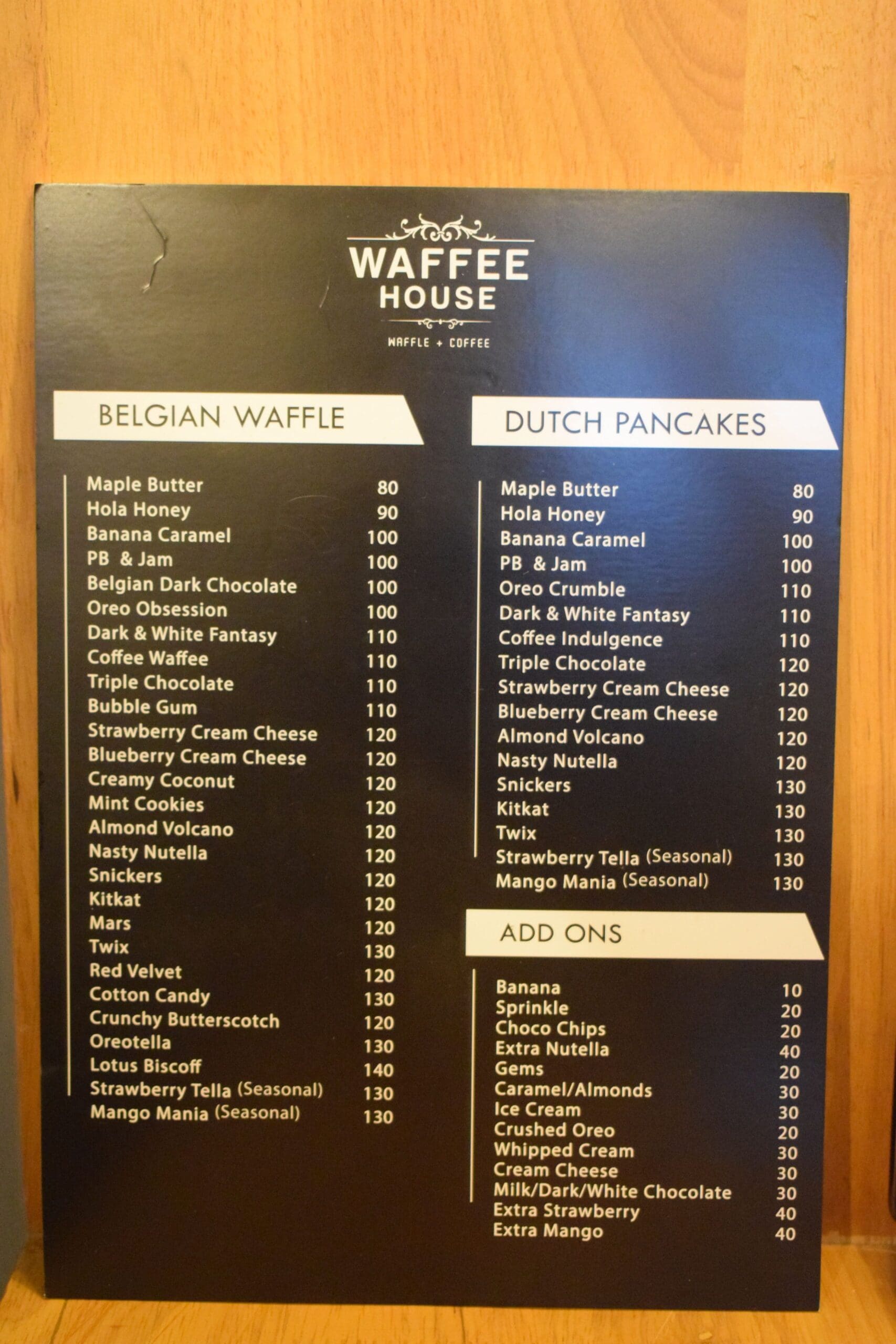 So then comes the enticing part where we got to taste some of the items from the menu.

First came the Popcorn Thick Shake, which was really different from the usual thick shakes I had. It tasted like the heavenly caramel popcorn we get at Inox but costs more than double of the movie tickets.

Pocket pinch: 120 bucks, so totally worth it. 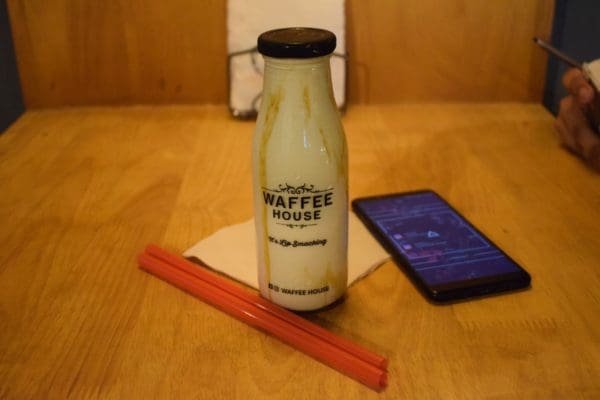 Next came the Oreo Tella Thick Shake, which is also priced at Rs 120. It was an exceptional tasting Oreo shake with extra chocolate in it, another must-try. 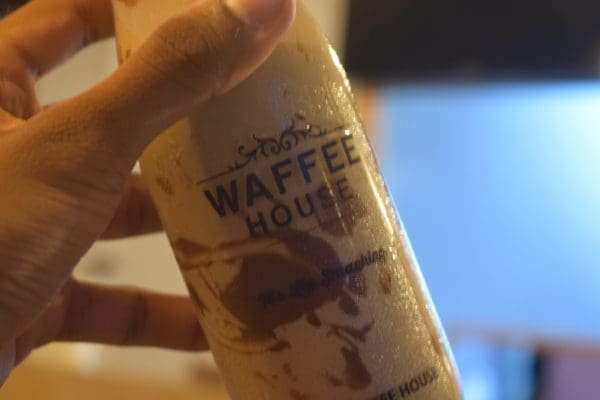 To start with, we had the Oreo Tella Waffle, which tasted great, had a generous helping of Chocolate on top and comes with a pocket pinch of Rs 130 was a total bang for the buck. 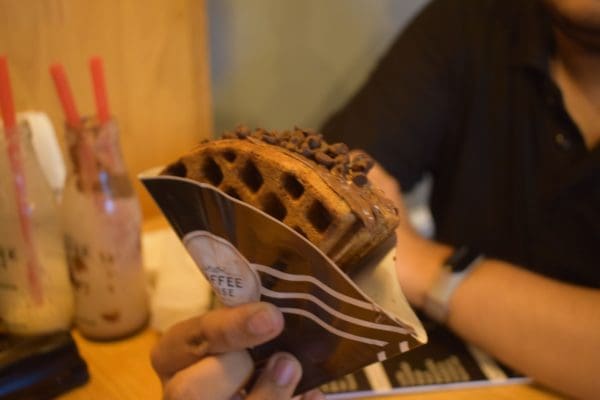 Then we had the Mojito, which was pretty regular but had a delicious helping of mint leaves, something which I really liked.

Then there was Cotton Candy waffle which tasted as beautiful as it looked. A burst of several flavors at once, it might feel a bit weird at first, but you’ll surely love it by the time you swallow it. 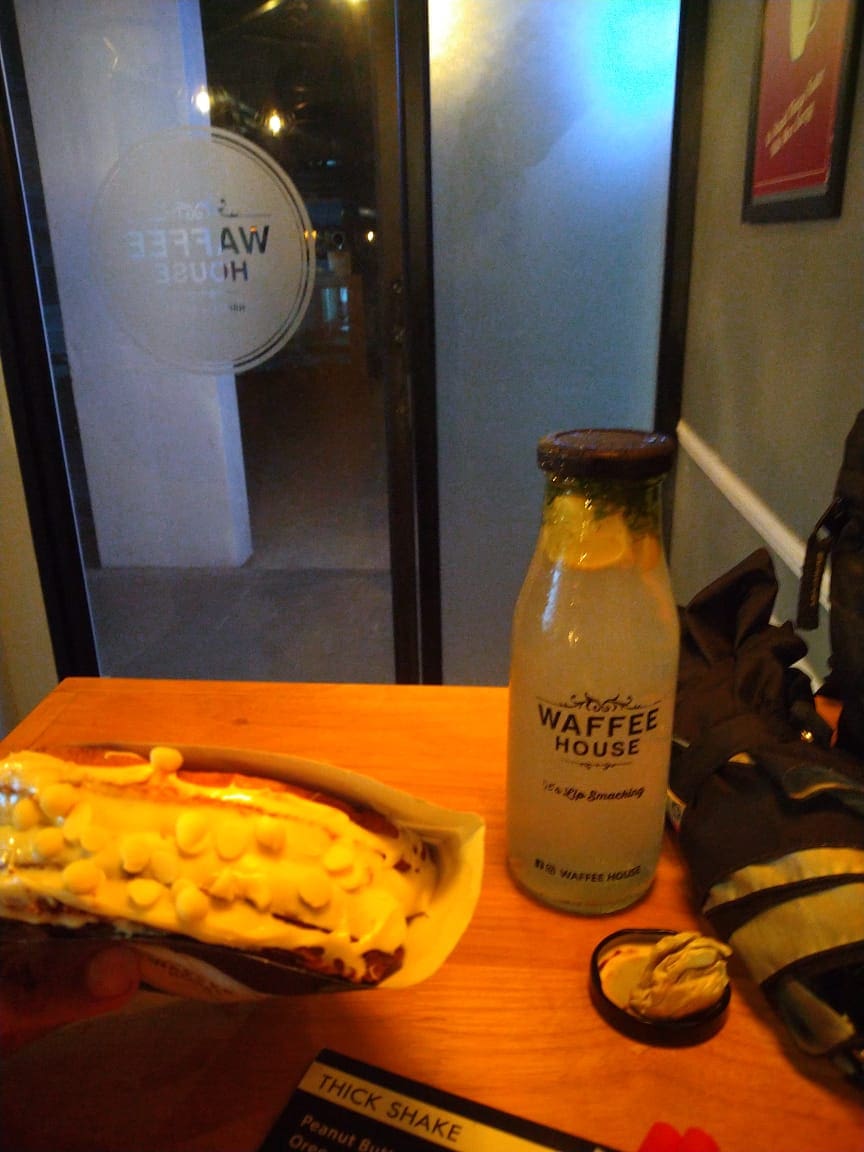 To end it we had the beautiful Triple Chocolate Waffle, a blend of White, Dark, and Normal chocolate. Totally loaded with chocolate, it was one of the best waffles I ever had. 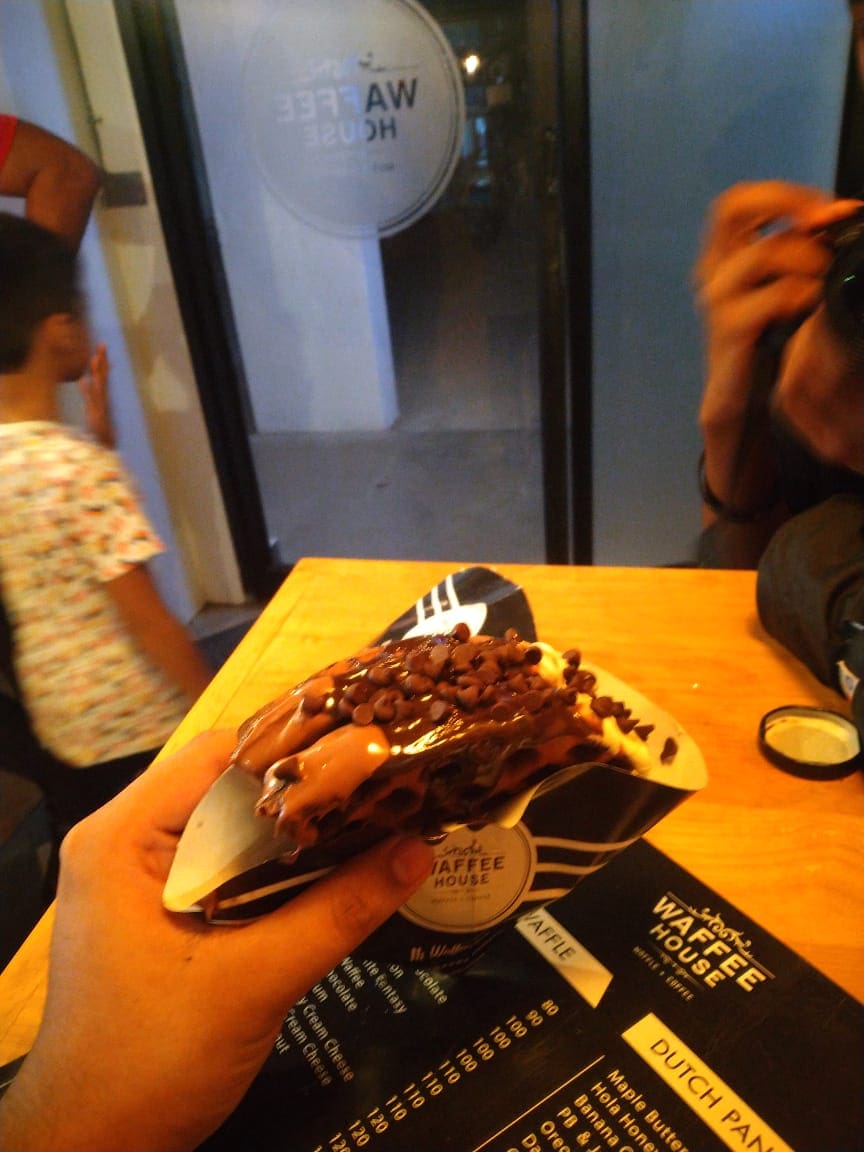 All in all, it is an extremely affordable place to go alone or with your gang to satisfy your sweet tooth cravings any time of the day. They do intend to have online delivery services on both Zomato and Swiggy as well, but that will be finalized after the grand opening itself.

Do drop in to the place during or after it’s a grand opening on 9th August after 4:30 pm, right next to Hotel Sarah International to have a great time!