Amul over the years has produced some of the best advertising campaigns in India. The ad featuring the Utterly Butterly girl is the longest running, and most successful Indian promotional campaign. Every Friday since 1967,  a little girl in her classic polka dotted dress is found in the large hoardings across the country poking fun on issues of current affairs with a butter in her hand. The ads are in the Guiness Book of World Records  for being the longest running campaign ever.

The Amul ads always have witty one-liners which capture relevant events that have caught the fancy of the nation. Amul is often touted as a fountainhead of satire for several decades now. Initially, the ads chugged on the strength of their baseline and witty puns but later they went on to become more topical. Now, if we look back at the archives of Amul ads, we would see history unfurl before our eyes.

Here are some of the most memorable Amul ads of recent times:

1. IN A CHEEKY AD, THE AMUL GIRL ASKS ANNA HAZARE TO END HIS HUNGER STRIKE:

2. A TRIBUTE TO FOUNDER OF AMUL AND THE FATHER OF WHITE REVOLUTION IN INDIA, DR. KURIEN 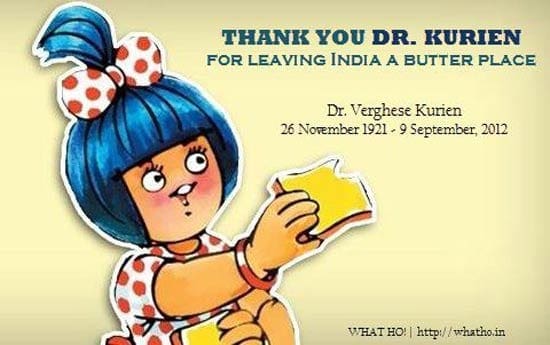 3. ON THE SUCCESS OF VICKY DONAR: 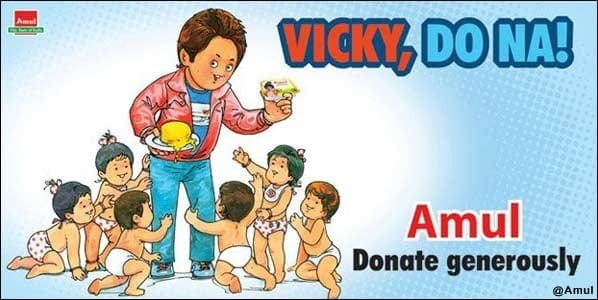 4. AMUL TAKES A DIG AT THE COAL-GATE SCANDAL: 5. POKING FUN AT THE FIGHT BETWEEN SRK AND FARH KHAN’S HUSBAND: 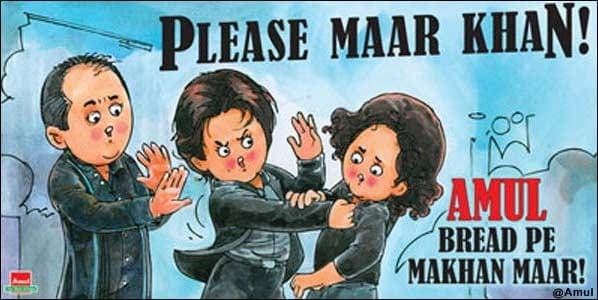