Today I am talking about a food that is never lacking in our kitchens, rice. There may be someone who does not like it, but it is a staple in our diet in general.

We can prepare it as a spectacular dish as an essential garnish to accompany meat or fish. Versatility is one of its great virtues.

If we look at the history of humankind a bit, rice has been one of the foods present since the most ancient times. Its cultivation is documented more than 8,000 years ago in Asian areas of China and Thailand. And in that continent, we place its origins. In East Asian countries w,e can say that it is the basis of their diet, and it is unthinkable not to include it in the daily menus of countries such as China, Japan, Thailand, Vietnam, etc.

Some sources certify that Christopher Columbus brought the first rice seeds to Europe. In the 16th century, there were already plantations of this cereal in the Iberian Peninsula. However, due to its internalization, rice is nowadays introduced anywhere on the planet. More than 2,000 varieties are known, and depending on the different climates and countries, there are various ways to prepare it in the kitchen. With the help of the internet, it is now possible to cook any dish that you want. You can also learn about creole butter injection and the correct way to use that.

The most common way to cook rice is by boiling or steaming. But if you want to try something new, here are eight exciting ways to cook this versatile food:

This is a fundamental way to cook rice. It’s also called “plain boiled rice” or just plain rice. The method consists of putting water into a pot with salt added to it. Once boiling, add the rice and let boil for about 15 minutes until all the liquid has been absorbed by the grains. Remove from heat and serve immediately. This type of rice can be eaten as an accompaniment to any meal.

Another popular way of preparing rice is by adding some milk into the pot while heating up. When the mixture starts bubbling, remove the lid and occasionally stir so that the milk doesn’t burn. After 5 minutes, turn off the stove and allow the rice to cool down. Serve warm or at room temperature.

This is probably the easiest way to cook rice. Simply steam the rice in a large saucepan filled with water. The amount of water depends on how many people you plan to feed. Boil the water and keep it at a steady bubble throughout the cooking period. Once done, let the rice rest for five minutes before serving.

First, wash the rice thoroughly under running tap water to make brown rice. Then put it in a pan with enough cold water to cover the rice entirely. Bring the water to a rolling boil over medium-high heat. Reduce the heat to low and simmer covered for 20 – 25 minutes or until tender but not mushy. Drain well before serving. You may use either long grain or short grain brown rice. Long grain rice cooks faster, while short grain takes a longer time to cook.

This is used when we want to make rice soup. To increase the proportion of water, use three parts of water for every part of rice. A bowl of coarse-grain rice is used. We will cook the rice for 20 minutes until we can taste it and see if there is any liquid in the casserole. It’s essential to serve it quickly at the table since the rice will absorb liquid if we delay.

If you don’t have much patience, then baking might be the best alternative. It’s a technique used in many restaurants where you can have the rice half prepared and finish it with an oven. It can be used with any type of rice but is best used with coarse grain.

The process consists of sautéing the rice with the chosen ingredients, adding hot broth (2 parts of liquid for 1 of rice), and cooking for about 2/3 minutes.

To bake rice, preheat the oven to 350°F. Put 1 cup of uncooked rice in a bowl and pour 3 cups of hot water over it. Cover tightly with plastic wrap and leave undisturbed overnight. Drain the excess water and transfer the rice to a greased 9×13 inch baking dish in the morning.

It is essential to know the behavior of our oven so as not to overpower and spoil the dish.

Bake uncovered for 30 minutes or until golden brown. Let stand for 5 minutes before serving. 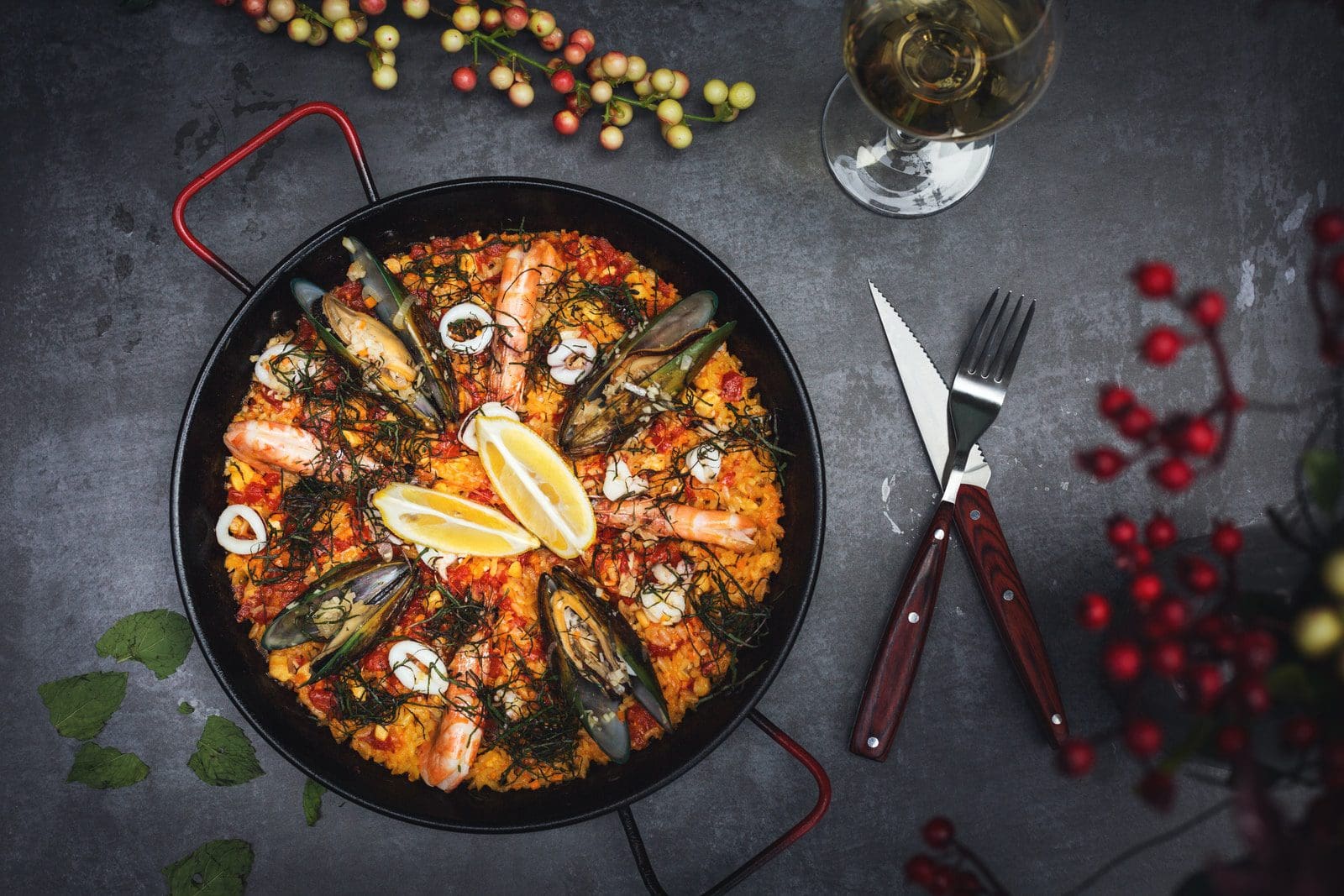 Probably the most “Spanish” and internationally known method of preparing rice in the Spanish way. The rice is prepared in the “paella” (that is what to call the container). Not just any paella will do, but it is recommended to be prepared in Valencian paella. There is an endless number of recipes according to the different ingredients that are used. You can check out mahatmarice.com/recipes/authentic-spanish-paella-seafood/ to learn to make authentic Spanish seafood paella.

The important thing is to use a “paella” made of iron or steel, which is very wide and shallow. The layer of rice must be spread very thin so that it is just right. There are specific standardized measures:

A coarse or round rice can be used. These types of rice have a great capacity to absorb the broth. To prepare dry rice in paella, we will use one and a half measures of broth for one measure of rice. The broth always has to be very hot or boiling when we add the rice.

More evaporation occurs when cooked in such a large container, and the resulting broth is more concentrated in flavor. In any case, if the heat source is intense, we must increase the amount of liquid to use.

The “socarrat” is frequently produced at the base of the layer of rice, a “grip” on the surface of the paella, which originates in the final part of cooking. To achieve this, you can raise the heat for half a minute at the point where the broth is almost gone.

Another “trick” that you can use is that once the rice is finished cooking, you pour a stream of olive oil evenly throughout the paella (in a circle) during the final resting time. The oil will penetrate the layer of rice and will generate that “glazed” or “socarrat” effect.

If you like grilled foods, then you should give this recipe a try! Grilling makes the rice crispy and delicious. First, soak the rice in salted water for half an hour. Rinse and drain the rice several times. Heat grill to high. Place washed rice onto the grill rack and close the lid. Grill for 4 minutes without turning them. Turn the rice over and continue grilling for another 4 minutes. Transfer to a plate and sprinkle with chopped parsley.

You can sauté rice instead of frying it. Sautéing gives the rice more flavor and aroma. Start by soaking the rice in plenty of water for one hour. Drain the rice and rinse twice. Add oil to a skillet and place over medium heat. Cook the rice, constantly stirring for 8 minutes. Season with salt and pepper. 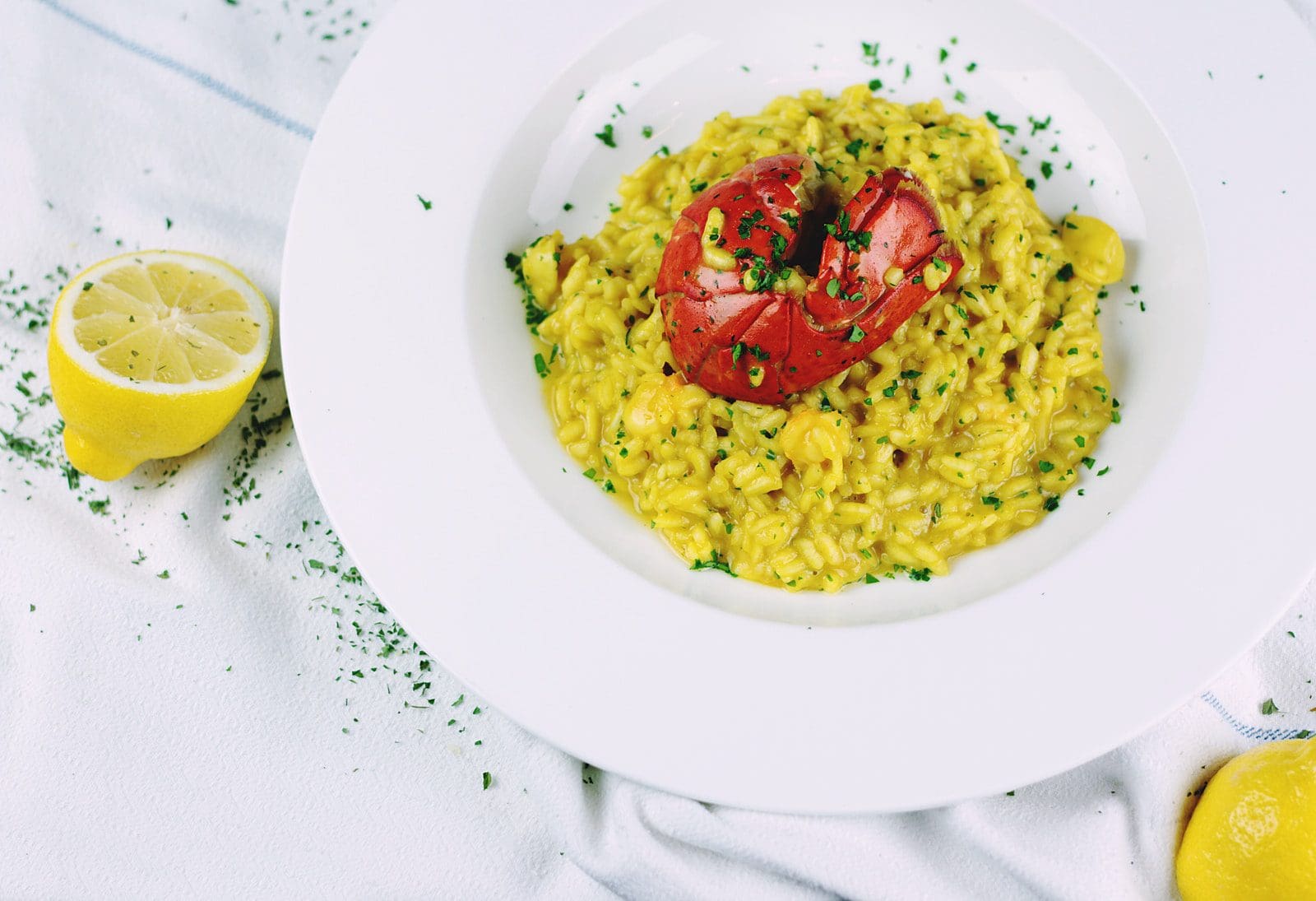 We will need to have hot broth available before we start preparing the rice.

Melt butter (40 gr.) In a pan, add the rice (300 gr.) And toast it for a couple of minutes. Next, we pour half a glass of white wine and let it evaporate. Now we add a ladle of broth and let it simmer until almost no liquid remains. We repeat the process several times and respect the manufacturer’s cooking times.

We remove it from the heat and place it on the table: adding another 20 grams of butter and about 80/100 gr. of grated Parmigiano Reggiano cheese. Mix well until the rice becomes creamy.

The cooking time for risotto rice is about 20-25 minutes.

Cook Rice So That It Has Half The Calories

A cup of cooked rice provides 200 calories, most of which come from starch, transformed into sugar, and accumulates in the body as fat. […]

How Rice is Cooked

Only cooked rice can be digested by the human body, raw rice is not. When cooking rice, always add enough water and cook properly. […]