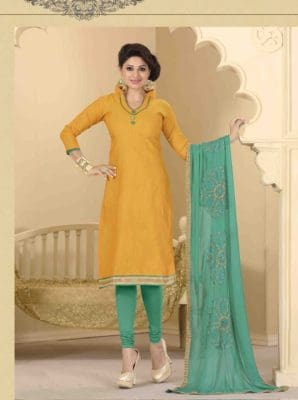 The first thing that springs to mind about Indian clothing, especially women’s clothing, is color and intricate designs. There is no one ‘traditional’ dress in India because there are variations across the different parts of the country, influenced by the varied religions and climates.

The iconic sari or saree is worn differently across the country, for example in some regions, the fabric is wrapped around the body with a short top and a slip underneath, with the end then tucked into the waistband, while others leave the cloth falling loosely over the shoulder, and others still use the end to cover their head. Another popular outfit is the Salwar Kameez, a pant worn with a long-tailed shirt down to the knees.

Since the 1960s, Indian clothing has been influencing western fashion, for example, the tailored, high collared, button-down Nehru jacket is very popular in the West. Equally the western style has influenced the modern Indian fashion world, so it’s not uncommon for an Indian woman to combine a Kameez with a pair of jeans.

For the men, the dhoti worn by Mahatma Gandhi is still worn, as is the Lungi (sarong) usually with a Kurta, a long upper garment with slits on both sides, especially in the hotter regions.

Although Indian fashion is absorbing the western styles, it’s more of a blend than a take-over, and the ‘traditional’ clothes are still a major influence in everyday clothing and are still usually the choice of attire for formal occasions like religious ceremonies or weddings. 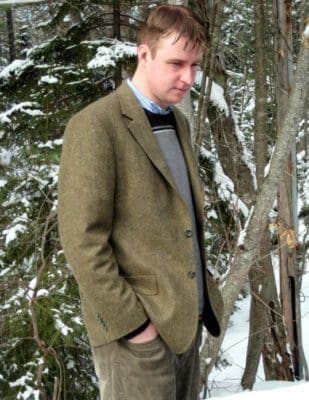 Although unlike most other countries, the UK doesn’t have a set traditional dress code, there are regional preferences, such as the flat cap ‘up north’, the kilt in Scotland, the Pearly Kings suits, the Morris Dancer’s colorful attire, and of course, the suits worn in the cities, it is safe to say that the country casual style is probably how most other countries see us.

Having said that, there are fabrics and styles that have been with us through the centuries and are still popular today. The historic Tartan is a popular fabric used widely for waistcoats, trousers, scarves, and other garments, as well as for kilts which are still worn regularly, especially at Scottish weddings.

Tweed is another traditional fabric which is now very popular on the high street or available online through Equestrian Co. Like Tartan, it emanates from Scotland and became popular among the gentry because of its suitability for warm, weatherproof clothing while they were out shooting, fishing or hunting.

Tweed has become a major player in the fashion industry, worn by royals and celebrities at various functions, and this resurgence in popularity has led to modern designers bringing this trusted, traditional fabric into the modern-day, and out into the world. It seems the British country casual style is now spreading across the globe. When you think of the Dutch culture, traditional dress, and country clothing, you think wooden clogs or ‘klompen’ which were traditionally hand-carved and unpainted. Klompen was also worn in other European countries such as France, Spain, Belgium, and Germany. Apparently, the secret to wearing these hard, wooden shoes was to wear thick, hand-knitted socks.

Not surprisingly, nowadays the wooden clog no longer part of the Dutch everyday attire, and is really only reserved for tourists! The traditional outfits for women were long, dark skirts, blouses, a shawl, and an apron, while the men wore woolen trousers with silver buttons on the front, square flap, a shirt with the traditional double row of brass buttons, and jacket and a hat. Nowadays these costumes are no longer worn day today and are reserved for special occasions, or special festivals and events.

Nowadays, the Dutch, along with most western countries have absorbed the modern styles of dress. Unlike countries like India, and South American countries like Peru, with their rich and colorful traditions, who have absorbed and blended their own traditional costumes with the modern, western styles, the people of the Netherlands have fully embraced the ‘modern’ fashion cultures. To be specific, you can view one of the most popular online clothing stores in the Netherlands – Bloom Fashion.