That day was a great one. I had my first swimming lesson, made a century, and started to bake a leather belt. Everyone was baffled. Again, I was a mystery. Only two of us knew what happened to bring about the miraculous change. I fell asleep that night excited and happy.

The meeting place was totally changed the second morning. It was dark, but not like night. Nothing could be heard; everything was silent. Rustam was there at five-thirty on the dot according to my “ figuring”. We didn’t speak a word, but headed down a narrow path to the lake. The tall grass was so wet it looked like it might have rained the night before.

When we came to a thicket, some twenty feet from the prospective watering spot, we stopped and began our wait. I was sure every breath sounded like a stormy wind and my furiously pounding heart would waken every sleeping creature. Then it happened. I heard the rustling of grass and bushes through the stillness; then, a muffled, rhythmic sound of hoofs. I held my breath, but couldn’t stop my quickly beating heart.

There he was, magnificent and beautiful. He emerged from an opposite thicket. Once in the clearing, he stopped dead. Head and antlers high and with one front leg lifted, he listened intently. Seconds later, a smaller deer came into the clearing. It was a velvety light brown doe. They timidly drank – and suddenly they turned and were gone. Rustam figured they got our scent. 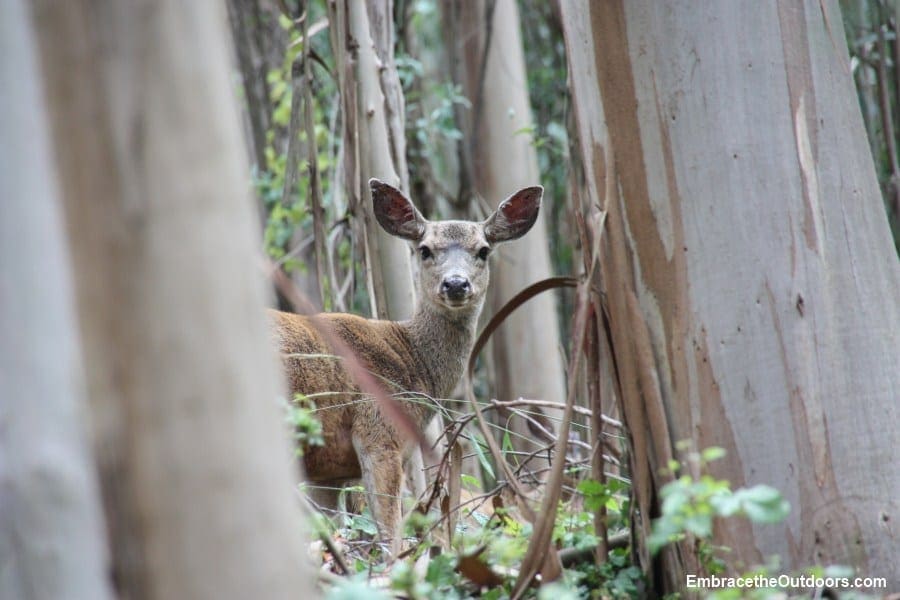 It was over; I was still shaking, lost in the thrill of the experience. While we had stood there waiting; I saw night turn into day. It was the first time I had seen the sun rise, a slow process of increasing beauty. A crow’s throaty calls began awakening the inhabitants of his world. It was as if he had waited until the sun ended its performance, and then he began. He was the forests’ rising bell.

As we headed toward the cabins, my toes squished in their wet surroundings; my heart was settling down to a normal pace. Rustam and I parted with a friendly hard handshake and grin. When that shoe hit the floor as I sat there on my bunk, I thought for sure I was a goner. I wanted so to keep my adventure unknown, and I did. It was my secret.