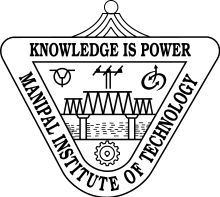 As some readers might remember, I did a MIT Manipal Placement Analysis two weeks ago which was later taken off after 3 days because of some issues with the placement department of MIT Manipal. These issues were basically about the way the Data was depicted and they feared that it might lead to branch comparison which is dangerous because each branch has its own dynamics. So to basically represent data in a more subjective way, I decided to write this article without using tables and by just using data from each branch individually. I am also considering additional data,  in the form of companies which actually came for each branch. Please note that the data shown is till 9th Feb, 2012.

Aero, being a young branch, was never going to be a candidate for bumper placements. It still had 3 non-MRC companies. However, apparently no student could clear the written exam for any of those companies.  For Auto, many branch relevant companies visit campus and hence the opportunities for core placements will always be there.

Chemical and civil both have their fair share of branch relevant placements. Also, more than half the eligible students in both branches got MRC jobs. Printing is unique in a sense because of the few students that are in the branch most try going for branch relevant placements irrespective of the package, resulting in a very low MRC job percentage.

All three branches have similar placement figures, in the sense that they have similar MRC placement percentage. Even the average packages are similar.

These two branches are bound to have better placement statistics because of the number of IT/programming/Networking companies that visit the campus. Also due to the unusually high number of students recruited by Microsoft(11 from CSE,  4 from IT) the average package for both branches is pretty high.

This analysis was done from a purely placement point of view and it is not my intention to comment on the overall scope of any branch. One must also recognize that in certain branches, e.g,  Bio-Medical and Bio-Tech, placements are usually not the ultimate aim of students and many prefer going for higher education. So, here I am only stating what the performance has been, irrespective of other considerations. All I am saying is that if one wants to know about placements in these branches till 9th Feb, these are the numbers.

Also, in my opinion, MIT Manipal with its large batch size is never going to have very high average packages or high branch relevant placements for most branches. Placements this year have been much better than those for earlier years. But now, and for the foreseeable future, MIT placements cannot hope to compete with the IITs or the better NITs, which have small batch sizes and are generally considered to be academically and technically superior.  I remember on my first day in college, in July 2008, the director at that time, in a speech said that MIT has crossed all NITs and is now competing with the IITs. That was then, and is still, completely untrue. With ever-increasing batch sizes, MIT is in a completely different group and in comparison with similar colleges, does pretty well when it comes to placements.

Please note that this analysis is across factors and metrics which are important in my opinion. People might differ with the analysis, and in case of any clarifications/complaints/queries may comment here drop a mail to [email protected] .  But please do not, under any circumstances,  call me at 8 am to argue about this article.