A joint three-year research study by the Rugby Football Union (RFU) and the University of Birmingham has made a big discovery with a saliva test for concussion in rugby. The results of that study could be a major “game-changer” for rugby and other sports that have heavy rates of concussions.

Many times when a professional rugby player sustains a mild concussion, they continue playing out the current match. Without a pitchside diagnosis, this runs the risk of that player suffering a worse injury, as well as poor cognitive outcomes later in life, which is believed to be linked to concussions in rugby. That’s the goal that the University of Birmingham and the RFU set out to achieve in this landmark study: A pitchside test for concussions that yields instant results.

The scientists took saliva samples from 156 elite pro rugby players who sustained head injury assessments during the 2017 through 2019 seasons. After the researchers were able to identify microscopic DNA markers in those samples, they reverse-engineered a saliva test for concussions in rugby. The result was a test that has been proven to have 94 percent accuracy in diagnosing head injury assessments.

Older testing methods for concussion involve using blood samples, which are slower to collect and slower to analyze. Those tests simply don’t work for an instant pitchside application, and can’t be used in children’s sports at any rate. A saliva sample is non-invasive and can be collected instantly.

The test should be widely available in a laboratory setting sometime within the next few months. However, researchers say we are still a few years away from a full-blown pitchside version of the test. Plus, the test won’t be available for women just yet, because no testing has been done on female rugby players. Researchers say this is why it’s so vital for scientific research into concussion in rugby to continue.

The news of this discovery is exciting for the broader medical world as well. An instant saliva test for concussion could have broad applications across the world of sport, in games like hockey and American football that suffer high rates of head injuries. An estimated 33 to 50 percent of all head injuries in car accidents are believed to be undiagnosed. And the military could find the test extremely useful for a quick diagnosis of concussions in training and battle zones.

So, how does the saliva test actually work? 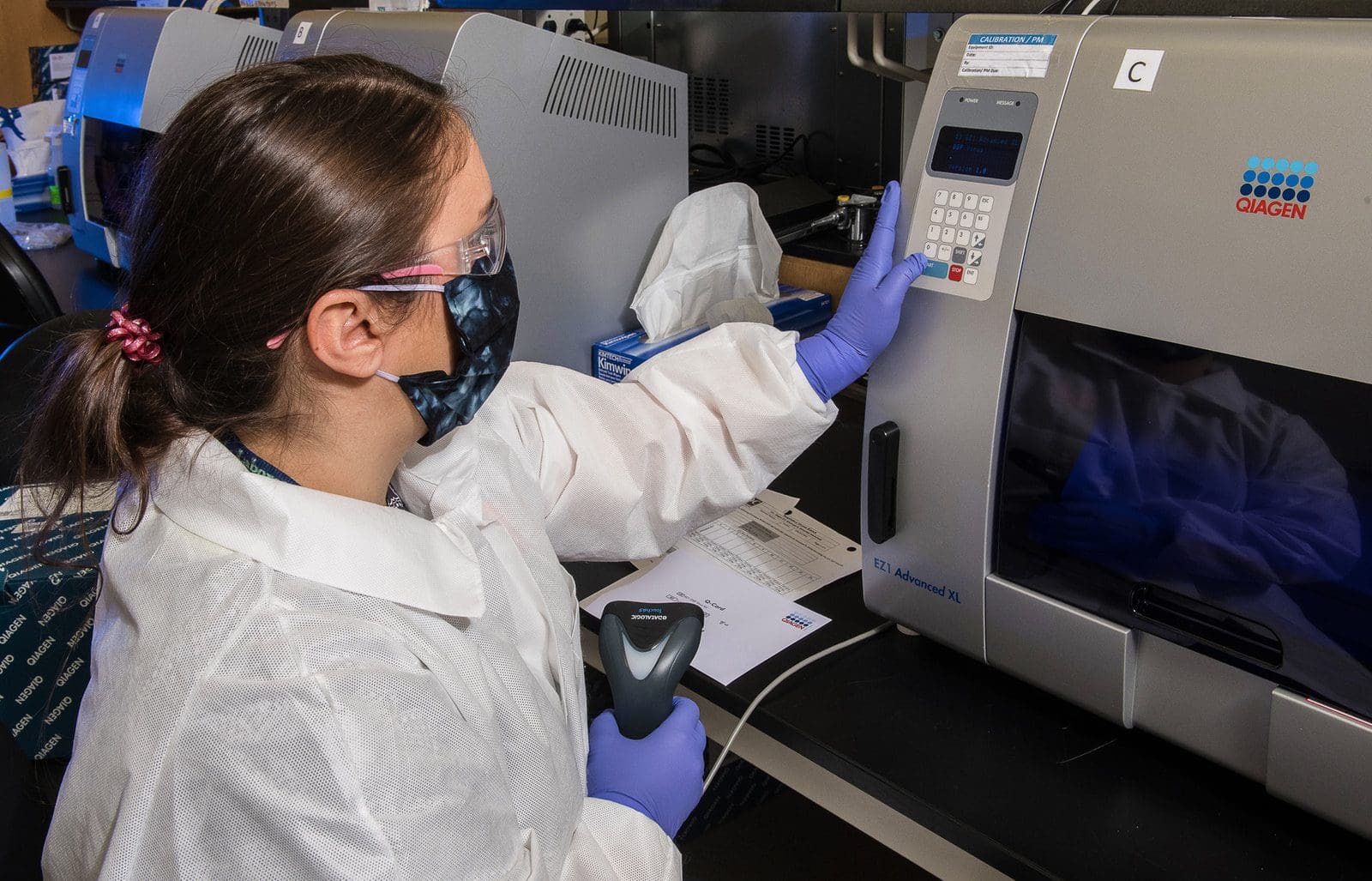 Whenever a person sustains a concussion, the researchers say that specific concussion biomarkers show up in the saliva. Those biomarkers develop within the first few minutes after a head injury, and appear to stay there for life. Scientists say these findings are so groundbreaking and encouraging that they expect to have a rapid pitchside test for concussion available within the next few years. The rapid testing that was developed for COVID-19 in the course of the pandemic may have just laid the groundwork for this endeavor.

Thanks to this development, the saliva test for concussions in rugby could have far-reaching medical applications. If biomarkers can be identified for heart attacks or cancer, for example, it could speed up the diagnosis process for these ailments dramatically.