15 years ago, when I was a student at a medical college in Belgaum, the internet was still in its nascent stages. Data would take ages to be transferred on a connection that was so slow, that it was better to pay and purchase, whatever it was that you were looking to download. And if you wanted to hand over large files to a colleague/friend, you would have to purchase Floppy discs and worry about how to cut the files that you had downloaded.

Today however, the internet is nothing like when it was conceptualized. Data transfers are fast and in some instances happen before you could bring yourself a cup of tea. And floppy discs? Well let’s just say that they are no more than a figment of imagination to many of the youngsters in today’s world. They have been replaced by pen drives, sometimes called flash drives or USB drives.

These tiny devices closely resemble the hard drives that can fit on to your keychains or in your pocket. You simply need to plug them into an external USB port and you have additional memory to store your data in seconds! The pen drives have caught on so rapidly, that today, every individual in the urban set up and anyone who understand the importance of data in today’s world, possesses a pen drive. Pen drives help store and organize data – anything from images, sound clips, movies, videos and important documents including power point presentations. The floppy discs had a mere capacity of a few megabytes, pen drives start from 512 megabytes to as much as 32 and 64 gigabyte capacity. 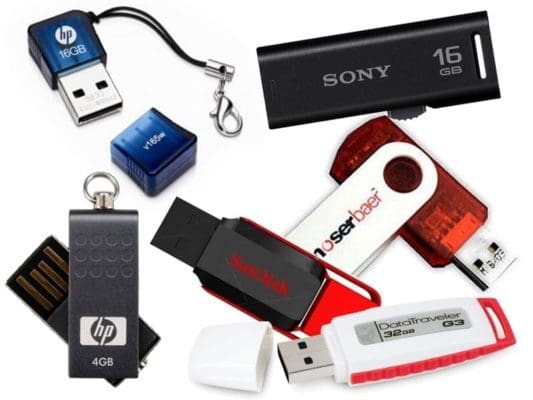 The data is held in memory. Unlike floppy discs of the past, they do not have moving parts which may break and destroy the data. Pen drives are made from solid state chips that do not need electrical power and data remains protected over a very long period of time. They have data retention time of up to 10 years.Some are water proof.

Pen drives once used to cost a lot and were very dear on the pocket. However, in todays digital life, they have become quintessential and the prices are now quite affordable and likely to further drop. As the digital way of life unfolds, we as students/educators/business people need to embrace it in a bigger way and the pen drives are a handy tool in obtaining and storing data for further perusal and transfer.

A word of advice though, not all pen drives out there are reliable. Cheating you is still possible, with cheap and faulty pen drives that either show more capacity then actually available, faulty chips, slow data transfer rates or those that show the file is copied but in actuality there is no data transferred.

To summarize, pen drives are low cost, easy to use, flexible, durable and portable – but could easily be misplaced being very small.