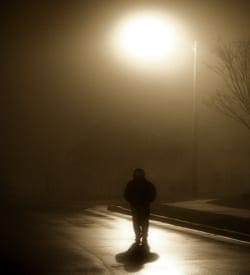 If you ask any old guy what the best part of his life was, chances are, he’ll tell you, “my college years.”  At least that’s what my Dad would keep telling me ever since I was old enough to know what a college was. So when I was finally done with school and uniforms and homework and nagging teachers, I was thrilled. I could hardly wait to get into college and begin the golden phase of my life. As a person I’m a regular guy. I got decent grades at school, passed all my exams and made some good friends. But it has been my dream since I was in 8th standard to have a special friend of my own. A girl friend, that is. I have had girls for friends all my life, but none I could call a ‘girlfriend.’ I guess, in my mind, I was saving that for college.

So it was with a mixture of excitement and anticipation that I woke up for my first day of college. I took pains with my appearance that day. After all, first impressions matter a lot, as they say. I took a long bath, scrubbing everywhere, even behind my ears. I wore a new pair of jeans and a black T-shirt that proclaimed “COOL”. I sprayed on two puffs of deodorant and slicked my hair back with a little gel. These things take time, so unsurprisingly, I was late for the first class. I slipped in quietly and sat on the last bench which was empty. The professor was droning on about what he was going to bore us with for the rest of the year. As I slipped in, he added a nasty bit about what he thought of people who were late for class. Fortunately for me, it did not affect my sense of anticipation and well-being. I have this special talent for filtering the unimportant stuff out. It is a skill that has served me well through the years, especially on occasions where my mother takes it upon herself to counsel me on the evils of watching cricket matches on TV when there are exams looming on the horizon. I have a special technique, which, if you ask me, works just as well as the meditation techniques they try to teach you in Art of living classes. It involves dimming out everything around me that I don’t care for and centering on something that interests me.  I simply tune out my mother’s voice and focus my entire consciousness on the swing of the bat in Sachin’s hands and the roar of the crowd as the ball goes for a six. It works, every time.

Now here was another situation like that, but what could possibly qualify as the object of my precious attention? I looked around the room at the motley collection of young people fresh out of school, looking all earnest and eager to learn. Then a glint caught my eye.  It was the sun playing on a head full of ebony black hair that belonged to someone who sat in the bench right in front of me. It flowed down to her shoulders in a dark cascade. I could only see the slim back of the possessor of that mass of bountiful and beautiful hair, but that was enough to set me off. I could already imagine what she looked like. The owner of tresses so beautiful could only be a beauty herself. At the risk of disillusionment I started painting an imaginary portrait of the young lady. Arched eyebrows, sparkling doe eyes, a shapely nose, luscious lips, and a lovely complexion. In short, the very sister of Katrina Kaif. I would sit next to her and win her over with my wit and charm. I would begin my conquest with a love note written in four lines. She would give in then, and agree to be my girl.  I would be the envy of all the guys in college with this beauty on my arm. We would go for long bike rides by the sea (*I would have to coax my best friend Bunty to lend me his Yamaha. He can be a tad miserly with his bike but considering what it is for, he would have to agree). On sunny days we would bunk class and go out for ice cream at Nirula’s. I would buy her a bouquet of red roses for Valentine’s Day and she would blush a deep red, the same shade as the roses. We would be together all the time. Every morning I would pick her up at the bus stop near her house and we would ride to college together. We would study together for our exams and she would do my notes for me. We would sail through three dream-like years together at college. At the end of it, I would get a good job and get paid a six-figure salary doing something I liked, and I would march down triumphantly to her house and have a man-to-man chat with my future father-in-law. He would be all too happy to give away his girl to such a suitable young man and in no time we would be sitting around the fire, getting ready to be tied together in the eternal knot.  I was transported to that moment even as I thought of it, the flickering flames of the holy fire in my eyes, when suddenly a loud trrrriiinnng shattered my lovely vision. The professor slowly came back into focus as he picked up his folder and left. There was a cacophony of voices as everyone started talking and moving around. Startled, I got up from my seat and looked at the bench in front of me. She was gone. I looked around at the melee of faces but I did not find her. As I was looking around, befuddled, I suddenly saw a light at a distance. It was the sun again, caressing those silken locks as she stood at the doorway talking to someone. “Hey there!’’ I called out, waving frantically, determined not to lose her. She turned. I gasped as I saw the face of my dream ‘girl’. Above the standard rock fan’s black T-shirt featuring Guns ‘n’ Roses, a pimply face sporting a teenager’s puny moustache looked back at me.