Sun, gastronomy, culture, nightlife, monuments, the sea, a blue sky…Welcome to Athens, one of the best destinations in Europe! Athens is in the top 15 destinations every year and all year through it attracts European travelers in search of their roots but also travelers from all over the world.

The city is historic and is the cradle of European philosophy. Athens is both steeped in history and focused on modernity and tomorrow’s cultural and economic issues. Travelers love its architecture, the district of Plaka, monuments, gastronomy, trendy shops but also its nightlife;  its proximity to the sea (15 minutes away from downtown) makes it very attractive too. A city of paradoxes and great contrasts, in the country that first invented the courtesy and generosity towards people who are far from their home.

Most travelers appreciate the inhabitants of Athens who share, heart on hand, their gastronomical and touristic treasures.

Barcelona has become one of the first tourist destinations of Spain, it has everything to please the majority of visitors: with a history among the oldest in Europe, a capital, Barcelona, which never sleeps and an inland full of charm not to forget beautiful beaches in La Costa Brava. The variety of artistic treasures, the Romanesque churches, and the great names in modern art and architecture, Dali, Gaudi, Miro, Picasso…

Barcelona sited between the sea and the mountains have found a formidable balance: a foot in the traditional things and the other in the avant-garde. Barcelona has the reputation of being the most cosmopolitan, modern and avant-garde city in Spain and it has renewed for the 1992 Olympic Games.

If you interestingly decide to Barcelona sightseeing, the recommendation is to do it with tourist double-deck buses. 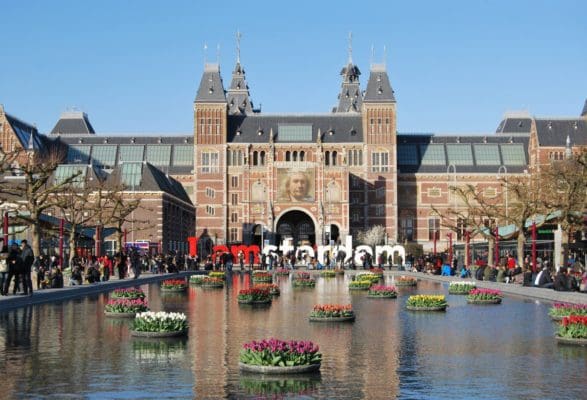 Visit the world-famous 17th century capital of Holland. Enjoy the historic buildings, beautiful museums and pleasant ambiance. Go for a boat tour on the canals, stroll through Vondelpark, and go shopping in the inner city. Amsterdam is a unique city!

If you wish to visit Amsterdam the following destinations are almost inevitable.

Anne Frank House – This house tells one of the eeriest and sad stories. It is a house where a young writer resided and who recorded in her diary what it meant to be a victim of World War II. Her day records the authentic experience of surviving three Jewish families in the attic of a house in downtown Amsterdam.

Van Gogh Museum – This museum has over 200 paintings, sketches, and drawings by one of Van Gogh’s most famous painters of post-impressionism. If you are a fan of painting or art in general, these destinations will give you an unforgettable experience.

Albert Kaype Market – This market is one of the most visited in Europe, supported by its long tradition of 100 years. Thousands of sellers are offering their goods at 268 counters.

Rikes Museum – This museum is the largest and most important museum in Amsterdam. The original building was designed by Dutch architect Jozef Hubertus Cypers and opened in 1885.

Northern Venice –  Amsterdam is also known for its canals and was named “Northern Venice”. Many visitors are amazed at the amount of water in the city itself. A tour of Amsterdam is not complete unless you take a boat ride through the canals.

The red zone – For those who are a little freer and more curious in the heart of the city center, they can find the famous “Red Zone”. This “Red Zone” or Red district is something like an amusement park that has sex. One important note is that photography in the Red Zone is prohibited.

For more useful details and interesting facts about one of the most liberal cities in Europe, you can visit avidvoyagers.com/.

Paris is still known today for its contribution to art, numerous museums, and beautiful architecture.

Paris has the most visited museum in the world, the Louvre, where one can see the famous Mona Lisa, as well as many other famous museums. Of architecture, it is important to mention Notre Dame Cathedral, the Eiffel Tower and the Triumphal Gate.

It should be noted that Paris is the birthplace of many artistic movements such as naturalism, symbolism, but also impressionism.

This city is often referred to as the “City of Light” because of its role in the Enlightenment era, but also literally because it was one of the first cities in Europe to introduce gas lamps on the streets, and in the second half of the 19th century, the boulevards were illuminated with about 56,000 gas lamps.

We often heard that Prague was beautiful and when we first looked at it, it did not disappoint.

Yes, there is a lot of hustle and bustle, but if you get off the main trail you will find quiet places to grab or snack on.

If you wake up early and walk around the city, you’ll have it all with you. People didn’t start here until 9:00, giving you plenty of time to enjoy the beautiful architecture.

The city is home to about 1.3 million people, but its larger urban zone has approximately a population of nearly 2 million. Since the Middle Ages Prague has cherished the reputation of one of the most beautiful cities in the world as well as the political, cultural, and economic center of central Europe.

This is just one of the suggestions for cities in Europe to visit not only in 2020 but always whenever you are able. You will enjoy the magic of the beauty of each of these unique cities of Europe.