Watching the latest episode (Season 6 episode 3 ) of The Big Bang Theory has filled my mind with a big confusion that whether repetition of same thing again and again makes something interesting, obvious or boring?

The thing which makes this series different from other sitcoms is that its every episode does not have a plot going on in background but still all the episodes are somehow connected all leading to one ending. 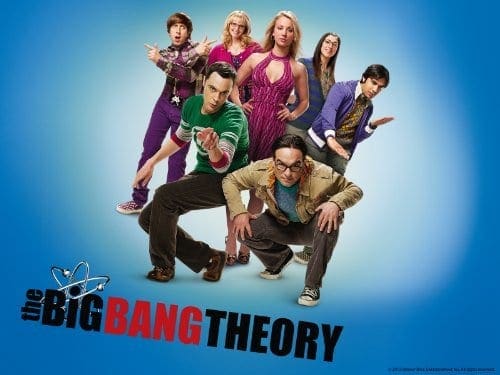 Nothing much happened this week in the world Big Bang Theory except that a new character named Alex, who Sheldon Cooper, sorry Doctor Sheldon Cooper appointed as her assistant to go through his childhood journals to find out whether there is anything of scientific significance to win him a Nobel prize or not.

Sheldon’s girlfriend Amy initially got startled on getting this news of Sheldon having a lady assistant but soon she overcame her fear on seeing Alex flirting with Leonard swimmingly.
On the other hand, Penny who was about to break up with Leonard in last episode, on witnessing the chemistry between her boyfriend and Alex got somewhat jealous and in the words of Amy, ”A fight began between her logical frontal cortex and lustful limbic system ”

Reaching out  to the skies, Howard ‘fruit-loops’ Wolowitz is getting all paranoid is starting to break down with anxiety along with the fear of never coming back on earth, which he seems is possible!

Rajesh is still ‘selectively-quite’(pun-intended) because of his ‘selective-mutation’ which puts him in a terrible state, yet again, as Alex, with whom he fell in love on the first sight is doing her research on the topic on which Raj is quite an expert(regular viewers can visualize the grief stuck face of mysterious man)

On and all, the sitcom is justifying itself with ongoing story till now without getting down from its regular track leading towards something which no one has any idea about till now!